Coffee machines and garden gnomes aside, Brutalist fanatics have a new means of expressing their love for the controversial modernist style, with credit to Frankfurt-based artist Guido Zimmermann. His beautifully-crafted “Cuckoo Blocks” reinvent the traditional Black Forest cuckoo clock with a modernist Brutalism inspired by the architecture of the late 1960s.

More than an aesthetic centerpiece for Brutalist fanatics, the clocks are in fact a response to a decline in the middle class caused by increasing rent prices in modern metropolises. 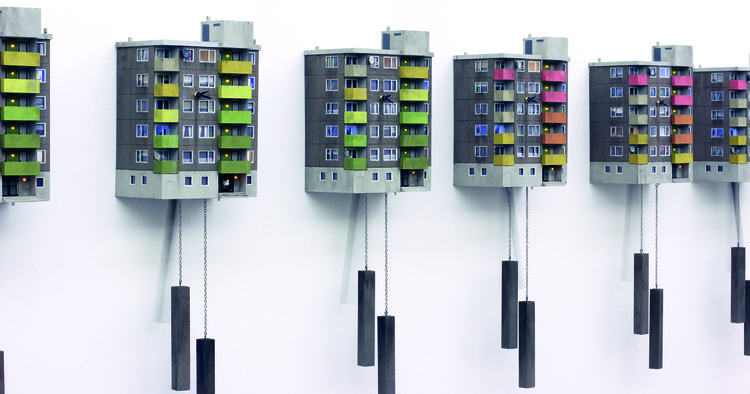 The cuckoo clocks are inspired by two brutalist landmarks. The La Flaine hotel by Bauhaus architect Marcel Breuer can be considered either as a piece of expressive constructed art for the modern age, or a grey eyesore sitting awkwardly in an untouched natural Alpine setting. Meanwhile, the Glenkerry House in London by Erno Goldfinger, which once housed the average city dweller, offers a lifestyle which is barely affordable to the Londoner of today.

The classic cuckoo clock is a symbol for the prosperity of the middle class and is considered a kind of luxury for the home. The updated version, a prefabricated panel construction (“Plattenbau’) reveals today’s urban and social life in residential tower blocks. Increasing rent prices in metropolises are causing the descent of this middle class.
-Guido Zimmermann

Zimmermann’s “Cuckoo Blocks” series now also includes nest boxes for local songbirds, for the Brutalist garden fanatics not fully content with NINO the gnome. A prototype modeled on a social housing building in Sicily has already been given a seal of approval by a pair of local titmice. Rejecting the three “conventional” nest boxes next door, seemingly none flew over the cuckoo’s nest. 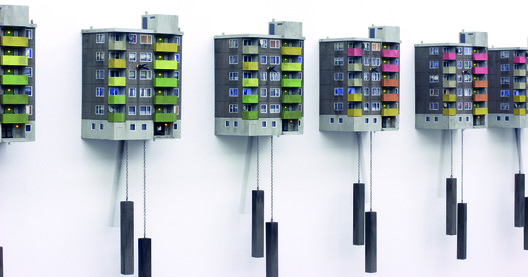