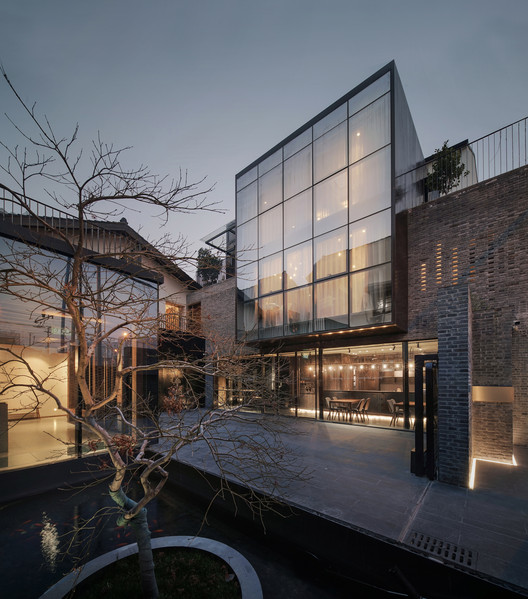 Text description provided by the architects. The project is located on East Fuxing Road, Shanghai, China, which is next to Yu Garden, thus is named “Yu Hotel” to echo with Yu Garden. It was originally an old hostel/chess & card room. With the changes of times and urban renewal, the owner wanted to deconstruct the new meaning of B&B on the basis of reinforcing the existing structure.

The old hostel was comprised of four old buildings that were narrow, small with inadequate lighting on the inside. The key of the renovation project is spatial restructuring and bringing sunlight and nature to the interior space that used to be narrow and dark to begin with. After more than half a year, the designers have deconstructed and turned the old place into the complex whose interior is connected with the exterior with courtyard interspaced inbetween.

The renovated Yu Hotel consists of two buildings. The relations among culture, nature and architecture were sorted out during the design process for the purpose of integrating them together. At the entrance is the roundabout wall built with black bricks that serves as transition between the openness and privacy of the space. By referencing to the characteristics of quadrangle dwellings in the north and courtyards of Shanghai, the designer took bold steps to squeeze out a yard in the center of Shanghai where land is scarce and expensive, managed to bring the buildings that used to be isolated from each other together and made the guest rooms, lobby and café visually echo with one another at a distance. Introduction of yard has fully reflected the idea of gardening in traditional buildings.

The guest rooms are in the south-facing main building. The different functions of the space inside the building are cleverly arranged and fit like a glove. The atrium perfectly brings the space in the corridor, terrace and the backyard together to achieve maximum openness of sight and space. The glass skylight ensures that the common area in the guest room is filled with light, which has totally changed the old rooms that used to be dim and shadowy. The staircase made of copper and solid wood serves the role of connecting the floors upstairs and downstairs. With the sunlight shining through the skylight, onto the white walls above stairs and hitting the terrazzo floor downstairs through the elevated glass trail in the atrium, the entire space becomes a coherent whose that’s very bright.

The designers believe that the highlight of B&B is its details, aka what has been described as recognizing the whole through observation of the part. The beauty of Yu Hotel is reflected in the thought it has put into the place and the attention it has paid to details. Having a complete and independent aesthetic concept of their own, the designers even picked out the bibelots themselves. To see a world in a flower and a bodhi in a leaf, only designers with a sense of poetry will give all twelve guest rooms their own names: Chun, Yuan, Lan, Run, You, Han, Dan, Chan, Fu, Tian, Man and Zi. Every room has its own style and story. With such meaningful names, the designers were able to create something with such tender yet tough beauty and charm of the east. As soon as it touches your soul, it’s hard to pull away.

As the rigid demand and highlight of urban B&B, two large loft spring-layer rooms called “Run” and “Lan” were built in Yu Hotel. Having taken advantages of the upper space, the two 55m2 rooms are divided into two floors to leave enough room downstairs for various facilities: e.g. open bathing space, recreational reception area, etc. The space upstairs is the rest area so as to separate the places for work, recreation and rest apart to ensure guests’ privacy.

The main tone of Room “Chun” is neo-Chinese style. It got the name “Chun” for it’s plain and simple. The large French window in the room allows you to see the small, green world in peace without disturbing the living creatures in the yard. It’s a place that’s right next to yet hidden in the crowded downtown.

During the design process of neo-Chinese style, technique of simplification was employed to show the connotation of traditional Chinese culture. “Mirrors” in ancient times were made of bronze or iron. Designers in modern times like to combine copper that has not been over processed with round mirror plane. It takes one to create a life of quality. A place where simple dressing table meets big ceramic bathtub, wood meets iron, chunky bronze mirror meets glazed glass windows and modern facilities meet unique design, this is what Yu Hotel is all about. 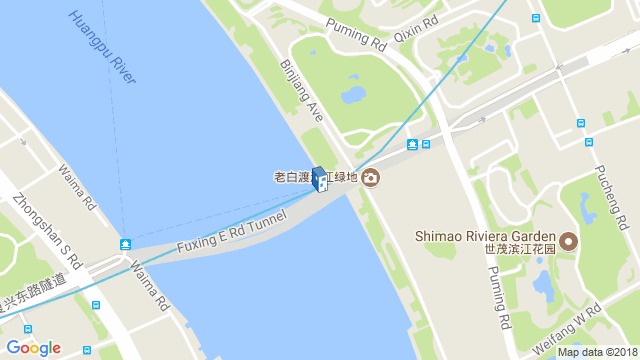 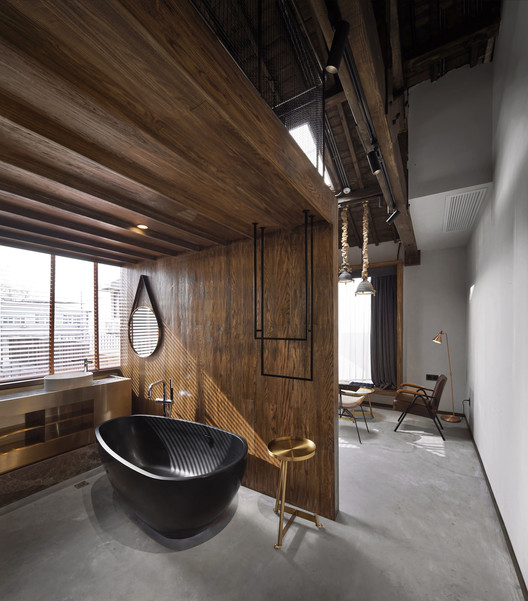