Save
Becoming: Spanish Pavilion at the Venice Biennale 2018
Presented by:

As part of our 2018 Venice Architecture Biennale coverage, we present the completed Spanish Pavilion. Below, the curatorial team describes the exhibition in their own words.

Becoming, the Spanish Pavilion at the Venice Biennale 2018, seeks to respond to the general theme of the event through the proposals and research being developed in the different learning environments within the country, placing special emphasis on the architect's new multidisciplinary profile.

The exhibition, curated by the architect Atxu Amann, has occupied most of its budget in restoring the building in which it is located, "tattooing" its interior walls to load them with 143 proposals that are unified through 52 relevant concepts to our discipline today. 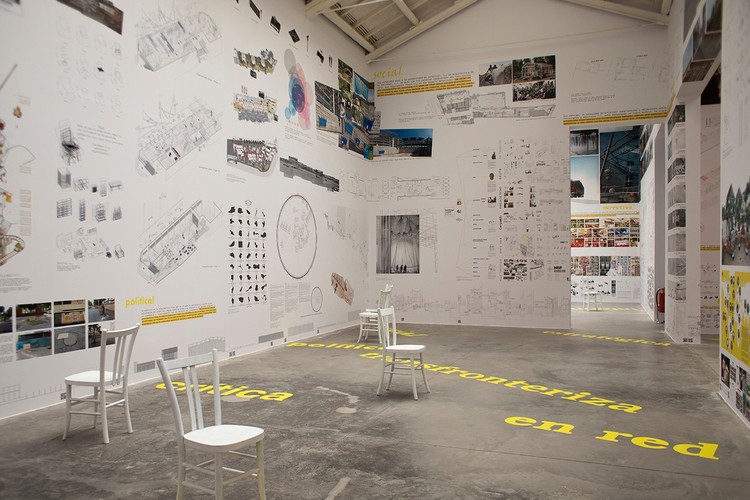 From the Architects. After winning the Golden Lion award at the Biennale Architettura 2016 for Unfinished –a project by architects Carlos Quintáns and Iñaqui Carnicero that explored the reinvented architecture of the construction crisis– the Spanish Pavilion now addresses the future of architecture from the point of researchers.

Becoming looks to the future, and a common ground of training in schools, which extends to other learning spaces and at times creates a dialogue with other disciplines.

Among the eclectic selection inside the pavilion you will see proposals that critically review the past, others that redefine everyday spaces of the present, and those that imagine a future based on sustainability, well-being, and social justice, as well as visions that fuse the real world and the virtual one. For example, it will be the first time that the pavilion shows, doctoral theses on architecture.

Becoming has also afforded specific opportunities within the framework of the Biennial. The first of these was to invite student collectives to present a project that transformed the exterior space of the Spanish Pavilion. The winning intervention can be seen during the Biennial and will remain in the pavilion once it is over.

In the 1072 m2 of wallpaper that surrounds the pavilion, the graphic –as a method of investigation– constitutes a social language that allows to establish conversations in which to confront the untouchable, revising it and putting it in dialogue with other disciplines that also, as active agents, participate in a collective construction of the world.

The (in)temporary garden is the intervention that can be found at the end of the Spanish pavilion. The proposal proposes recovering this abandoned space, recognizing its spontaneous garden character. To do this, all visitors are encouraged to participate in the re-programming of the garden, making a planting with seed balls.

Once the Biennial is over, the patio will be abandoned again, but the garden will remain. With this new inflated energy, the garden can continue to grow and transform itself autonomously, until we discover it again in the next Biennial. 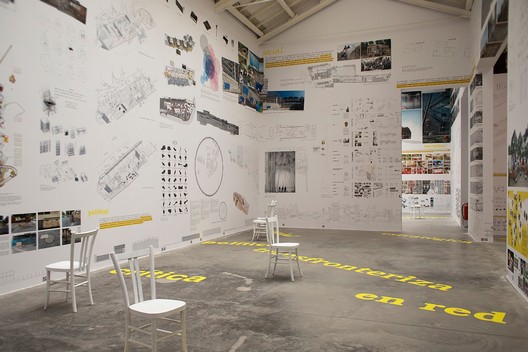