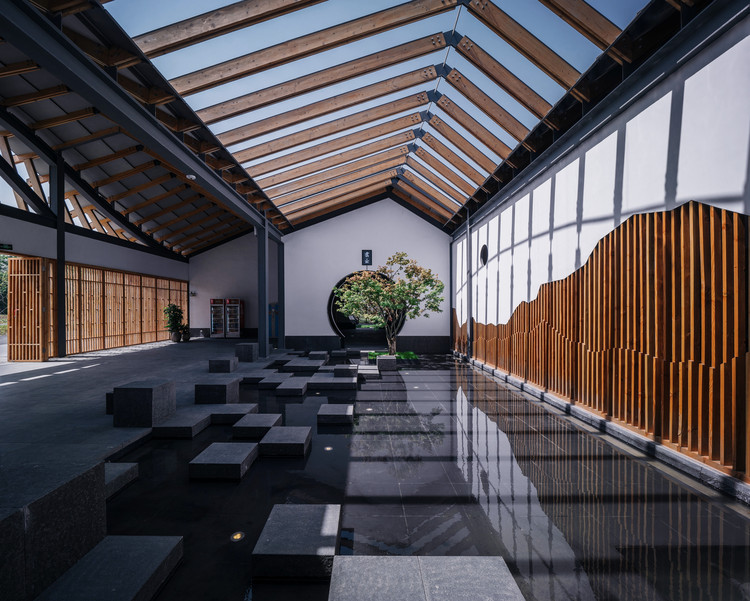 Text description provided by architects. “Always expecting a chance to build a cottage in a mountain forest and enjoy facing the sea with spring blossoms lifestyle”,This may be a long-cherished dream shared by modern Chinese architects who uphold the traditional spirit. We not only wish to closely follow the trend and create avant-garde spatial forms, but are also nostalgic for the utopia landscape, so as to reproduce the utopia in our hearts.

What kind of design would serve as the wedge that connects traditional spirit and modern functionality? We tried to organize our thoughts via this building. The Western Visitor Center of Shanghai Jiabei Country Park is located in the southwestern corner of the whole park. Looking around, one can see vast tracts of farmland, as well as thinly scattered dwellings. Right here, as the one and only public building located far away from the main park area, the complementary Western Visitor Center is mainly aimed to provide a resting area and a transfer stop for park visitors. This means, it requires modern yet unique functional areas to deal with practical issues. In the meantime, the Western Visitor Center also serves as the “face” of Jiabei Country Park, so it needs to reflect the facial features that agree with the suburban environment, as well as the cultural connotation with regional characteristics.

The long-strip structure that stretches across the land block and the road has defined the relationship between the inside and the outside of the park, while the long interface formed on the north side becomes the most important tour bus transfer hub in the Visitor Center. The structure is then further divided into four strips to correspond to the different entrances for different transportation modals. These four long strips adopt the double-pitched roof design which is combined and connected, with arched eaves and wriggling ridges – the changes of cornice create the primary and secondary entrances of the building; and the wriggling ridges create a strong sense of orientation and continuity inside the structure.

The entrance hall serves as the center of the architecture,other functional spaces like Info Desk, Store, Office and Teahouse are arranged around it, while other functions which do not require a strict partition are connected with the hall to form an open and continuous public space for visitors to have a rest or gather before entering the park. Inside the building, the curvy roofs are reflected as a strong sense of streamlined orientation. Together, the continuous open space and the varied ceiling create a one-of-a-kind experience inside the building.

The wooden roof structure was confirmed as early as in the initial design stage, so as to match with the neighboring countryside environment and the architectural characteristics of the traditional watery towns south of the Yangtze River (Jiangnan). The design that features raised eaves and slightly varied roof ridges gracefully shows off an interior space full of variations. The basic dimensions of the architecture are defined by the 7.5m x 6.5m steel frame, which is evenly converted to smaller dimensions that are suitable for human by the composite beams made of Douglas fir and the roofing boards made of fiber cement. The result is a uniform and refined roof form.

White walls and black tiles are always the fundamental elements inevitably associated with the watery towns south of the Yangtze River. Before the Visitor Center was designed, the elements had already set the basic tone for the thematic design of entire Country Park.

The functional spaces that require privacy all adopt white walls as the backdrop, which are supplemented with windows depending on actual functional requirements; other public spaces, like the gray spaces of the hall and the corridor are directly connected with the external environment, to form the fluidity with a blurred boundary. Functioning as the partition between the inside and the outside of the building, the wooden grilled doors are a simple form of the traditional window frames. When viewing from the other side of the structure, one can see overlapping grilles which create peaceful yet hazy spatial layers drifting between transparency and opaqueness.

“Garden” has become a feature and spirit of the structure which is composed of five courtyards lining along the north-south axis: as a view on the opposite side of the entrance, the courtyard in the middle unfolds an impression landscape with water as the main element; other courtyards spread out along the axis, with two on each of the north and south sides - one closer, the other further away; and one curving inwards, the other opening outwards a bit.

Between the courtyard and the interior spaces, there are grille partitions, while the north side and the south side are connected by a moon gate. The winding corridor in a traditional garden is eliminated. Instead, the courtyards are encircled by gray public spaces. The continuously arranged grilles obscure the distance inside the building. By virtual of the chiaroscuro effect and the enframed scenery created by the moon gate, the courtyards as well as the distant views that go far beyond the courtyards have again become the visual focus by transcending the building itself. As a matter of fact, it is not easy to get the whole picture of it when you are walking inside the building. However, if you stop to look around, you will see images that possess traditional artistic conception. Just as the saying goes that during a sightseeing trip, when you are walking to tour around, the beauty lies in the scenery varying with your moving steps; when you stop to appreciate it, the charm lies in the picturesqueness.

At this point, the little building situated in the countryside may have already exceeded our expectations: It adopts the modern design language and approach, but manages to reproduce traditional artistic conception and the garden spirit, and finally appropriately expresses the characteristics of its context and environment. Altogether, these elements will ultimately create a close-to-the-nature experience for users, which is precisely what the countryside Visitor Center is intended to do. 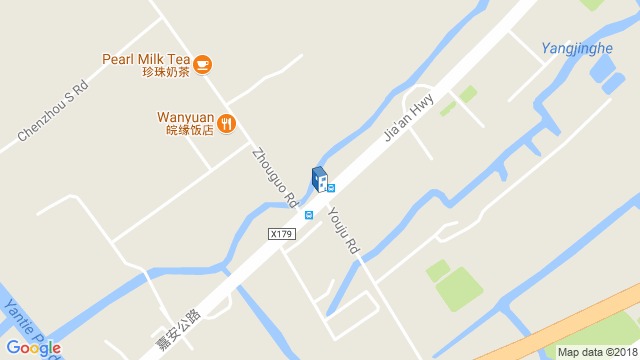 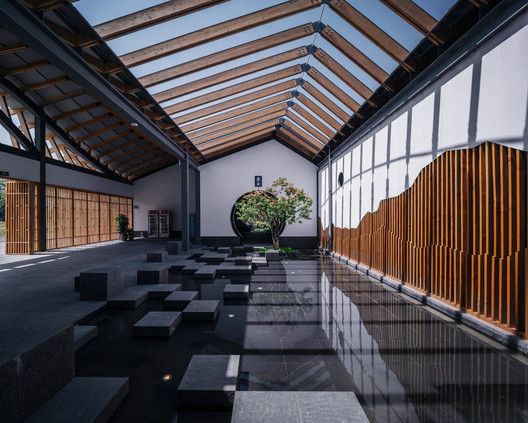