Save
The Chicago Tribune Tower Might Have a New Neighbor: The City's Second-Tallest Skyscraper
Share
Or
Copy

The Chicago Tribune Tower is at the center of a $1 billion development seeking to bring over 700 residential units to the city center. Developers CIM and Golub have unveiled a proposal which would see the redevelopment of the neo-Gothic tower into 163 condominiums, and the construction of a tapering skyscraper only 30 feet shorter than the Willis Tower, Chicago’s tallest building. 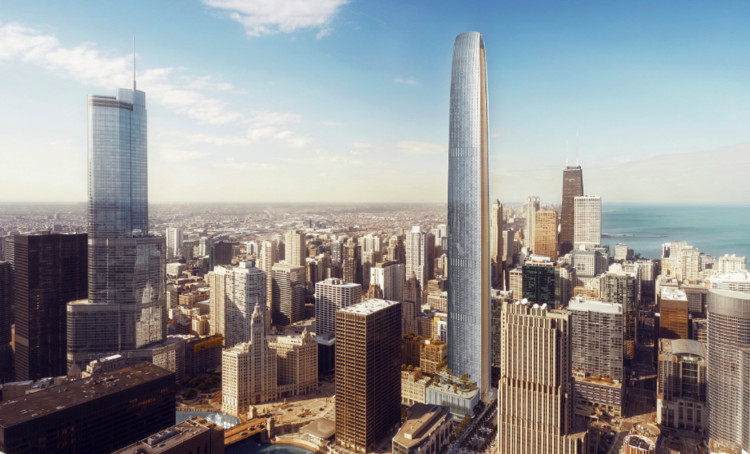 Under the proposed plans, the Tribune Tower will be adapted for residential use while respecting its status as a defining feature of the Chicago skyline. New storefronts will activate the lower level at Pioneer Court, while the WGN Radio and TV Building adjacent to the Tribune tower will receive an extra four floors, set back to respect the existing façade.

Both the WGN and Tribune buildings will host new residential units, accessed by entrances on Illinois Street. In an effort to improve the pedestrian experience at lower levels, sidewalks and wall surfaces will be revamped with LED illumination, along with the addition of ornamental wall screens and paving. Meanwhile, the Chicago Tribune sign, which has been part of the skyline since 1964, will remain as part of the overall composition.

As well as the repurposing of the Tribune Tower, the development plans also include a proposed mixed-use tower with a tapered metal form. Standing at 1422 feet, the tower would become the second tallest building in Chicago, surpassed only by the Willis Tower. Behind the curved glass façade, the tower will contain 439 apartments and 125 condominiums, seeking to define the area as a landmark site in the area north of the Chicago River.

Community consultation began on the scheme in April 2018, with the potential for the scheme to be realized by 2020.

This article was originally published on the blog of the , the largest platform for contemporary architecture in North America. The 2017 Biennial, entitled Make New History , will be free and open to the public between September 16, 2017 and January 6, 2018. 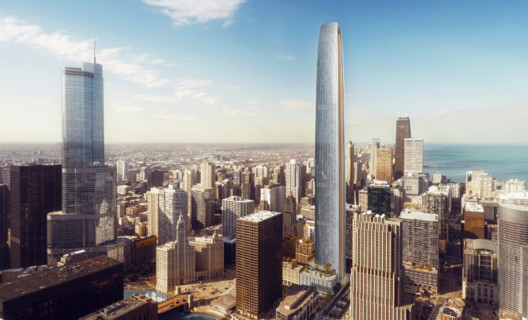