Skidmore, Owings & Merrill (SOM) has unveiled images of its proposed 54-story mixed-use tower in Hangzhou, China. Standing at a height of 945 feet (288 meters), the "Hangzhou Wangchao Center" seeks to act as a gateway to the eastern Chinese city’s newly-planned Qianjang Century Town district. With 1.3 million square feet (125,000 square meters) of office, hotel, and retail space, the scheme represents the ambitions of Hangzhou to become a global destination, spurred by its hosting of the Asian Games in 2022. 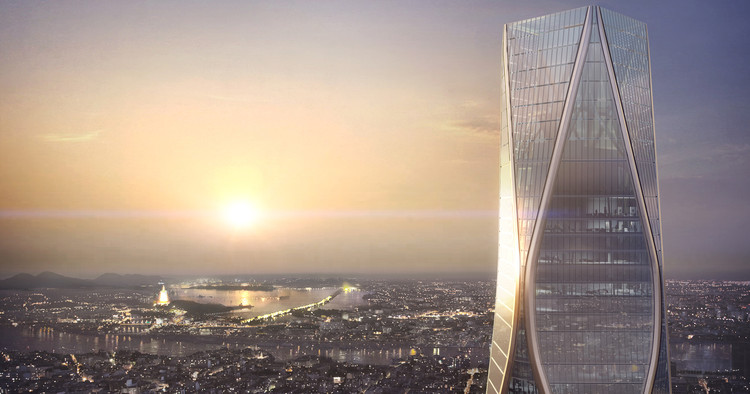 The form of the SOM scheme is driven by a balance of architectural vision and structural clarity. A primary structure of eight outward-sloping mega-columns lends fluidity to the glazed façade while creating large, flexible floorplates within. As the primary columns diverge, secondary perimeter columns branch out to maintain equal column bays. Above the lobby, a Vierendeel transfer truss links the primary and secondary columns, creating an open lobby space below.

The Hangzhou Wangchao Center’s distinctive silhouette derives its form from an integrated design process that solves programmatic, structural, and environmental criteria. Located at the intersection of several major transportation networks, the tower is a beacon of performance-driven design and is emblematic of Hangzhou’s future as a new global destination.
-Gary Haney, Design Partner, SOM

The Hangzhou Wangchao Center is due for completion in 2021. 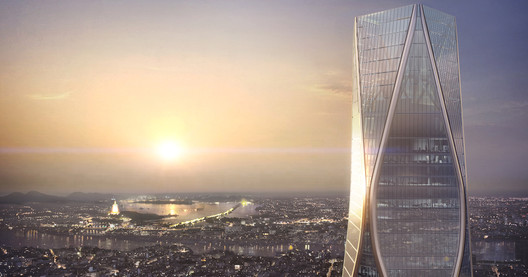