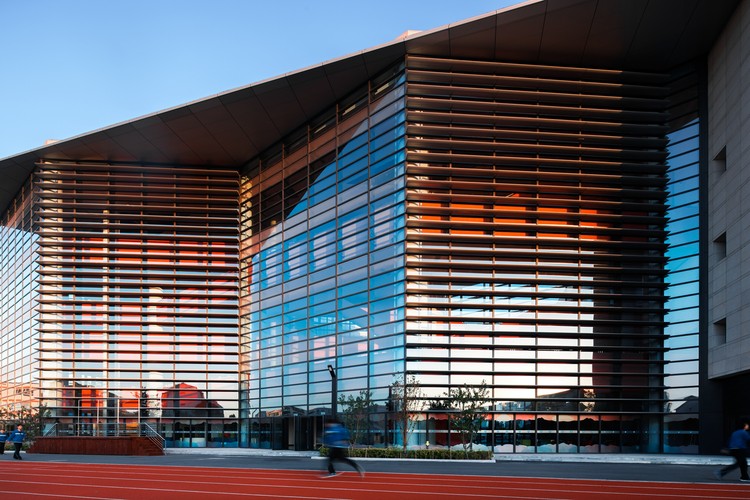 Client’s requirement/Design challenge:
The brief called for two different approaches. The core concept was to replace just some of the existing buildings with new structures, and to revitalise the remaining buildings. In the other concept, the architects were asked to ignore the existing constraints and consider the consequences of erecting a totally new building.
schneider+schumacher’s design concept unites both these approaches by creating a coherent programme for phasing the construction work. The idea won unanimous approval from both the jury and the local politicians and convinced them to rebuild not just a few of the buildings, but the entire school.

Designer’s vision:
“A school is not solely a place of learning but also a place of meeting and connecting. Therefor the design of Teda School tries to combine functional elements, like classrooms, through an open and modern 180-metre long hallway.
Like a backbone this hallway links the different parts of the school’s body with each other, as well as giving students a space to interact.”

Project background:
The school’s layout was messy and each functional area was isolated. Children had to walk a long way to reach the canteen, gymnasium and library, etc. Therefor the new design should use a different approach in integrating and connecting all those functional areas.

Design concept:
The design comprises a single five-storey building of about 63,000 square metres, with a 180-metre long hallway – the school’s ‘backbone’ – acting as a central element linking all the other key areas. This backbone, aside from its role as circulation space, offers a pleasant, informal area where students will be able to meet and talk. The long hallway links together classrooms for a total of 2,700 students, the school cafeteria, the library, an auditorium for 600 people, and the sports hall, creating a shortcut between the different sections. In keeping with the surrounding urban texture, these elements are clearly expressed as individual volumes.

On the ground level the hallway runs through the schoolyard, creating a series of open and flexible public spaces.

On upper levels, connecting bridges meander through the red walls of the staircase, alluding to ‘Liu Shang Qu Shui‘, a traditional Chinese story about the collective creation, exchange, and transmission of knowledge and creating an image of interwoven `braids´.

Main materials used:
The elevation’s strict vertical and horizontal glass elements and stone-cladding sets the school visually apart from more typical Chinese school buildings, and the design aims to safeguard the school’s excellent reputation as well as provide a stimulating learning environment for students and teachers.

For the areas of the classroom-building, where lighting is important, the design uses vertical stone strips; for the art-building that has strict requirements for the lighting, it uses horizontal stone strips. 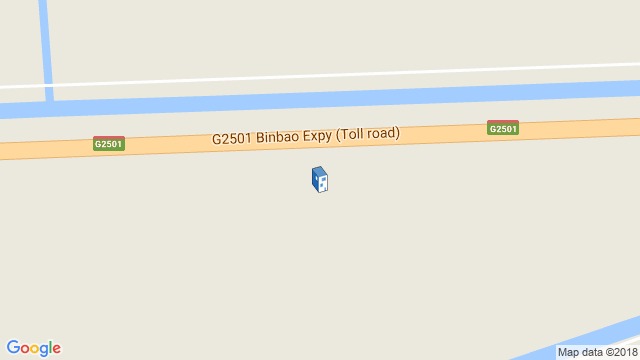 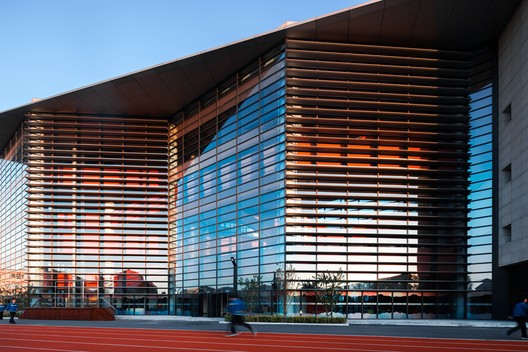