Save
The British School / Morphogenesis 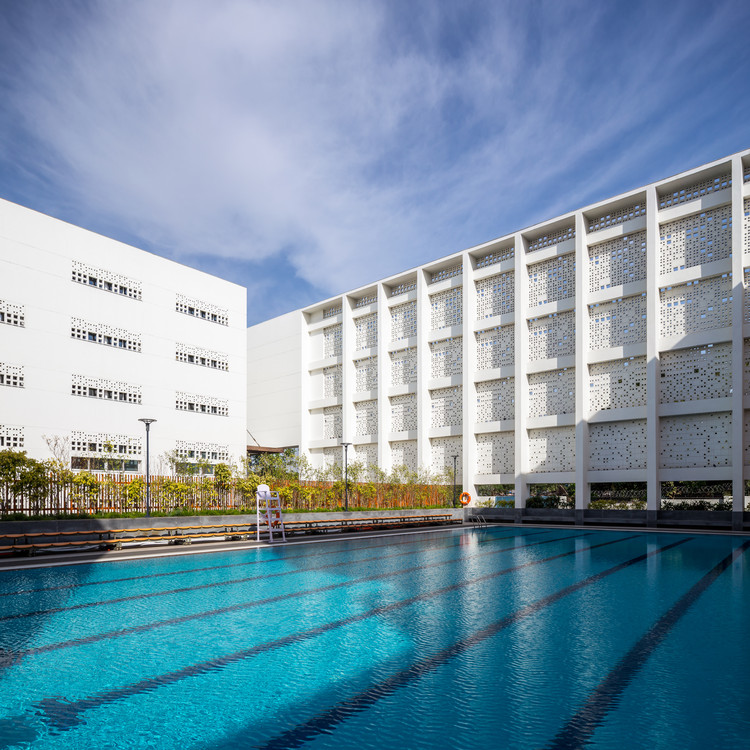 Text description provided by the architects. Morphogenesis’ design vision for The British School, New Delhi, found inspiration in the school’s tagline – ‘An International education with an Indian soul’. With this project, Morphogenesis set out to provide a strong cultural context to the international format of education this institution provides. Located centrally in Delhi, space itself was a constraint. Its population of 650 students was to be doubled to 1300.The principal challenge was to construct the new building on the existing site without disrupting the existing school that would become redundant eventually. The only constructible space available enveloped the existing premises, presenting construction, phasing and health and safety challenges.

A strategic approach to phasing was adopted in the form of Phase I comprising of a perimeter block to transfer and accommodate existing operations. Phase II, being built on the vacated footprint of the old school, houses additional classrooms, laboratories, sports facilities, art wing and a Performing Arts Centre.  The unusually diverse student population with over 55 nationalities led Morphogenesis to evolve a socio-culturally inclusive process of detailing the brief. A series of workshops with various stakeholders such as academicians and student class representatives, 3 to 18 years of age, was set up. This approach acknowledged diversity and aimed to create an environment that would foster social cohesion.

One amongst many interesting outcomes of this collaboration was the notion of semi-enclosed breakout spaces that are liberally scattered around the school and are constantly being transformed in the way they are occupied. This was a response to the multicultural personality of the school and its strong social agenda, whereby a number of lateral activities take place in a typical school day. These breakout spaces have been consciously placed along transition areas, such that the activities they facilitate become an integral part of the student experience, enhancing their holistic socio-cultural awareness and demonstrating the school’s outreach philosophy at the same time. The multi-functional nature of these spaces helped in optimizing the built-up space of this urban school.

Two key design strategies were deployed to optimize resources. One was to minimize reliance on mechanical systems. Morphogenesis advocated that 50% of the school be non-air-conditioned with traditional passive methods used to temper the environment and optimize energy consumption, creating an environmentally experiential learning environment.  The second strategy was that of planning the school as a system of courtyards scaled such that majority of them are in shade throughout the year, thus making them effective not only as transition spaces but as extended learning environments. Internal courtyards, chajjas (deep overhangs) and verandahs provide opportunities for students to engage with the environment and nature.

Taking inspiration from traditional chaupals (outdoor gathering spaces) in India, some congregation spaces are designed to sit in the shade of mature trees. Protecting old trees, creating bioswales, rain gardens and a visible rainwater harvesting system, consciously illustrate demonstrative sustainability. Care has been taken to protect all existing trees and the student community has played an active role in the transplantation process. The design of The British School in New Delhi enriches the learning experience of its highly diverse student population by providing a contextual richness to their passage through education in India. 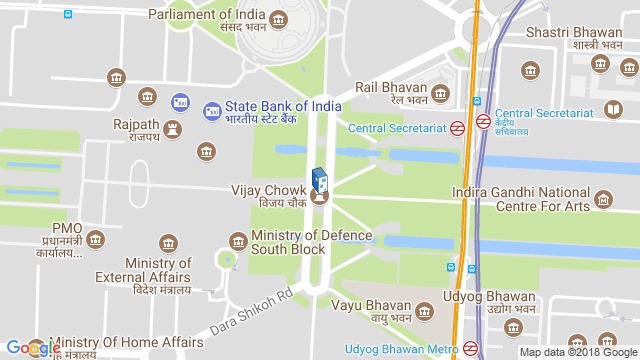 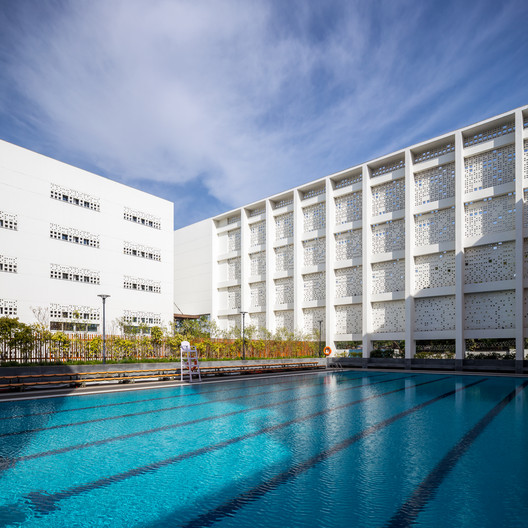