Disparity between men and women in the workplace has long been cause for concern, both within the architectural profession and beyond. To raise awareness of the need for gender pay equality, the British government in 2017 demanded that UK-based organizations with more than 250 staff publish annual reports of the gender pay gap within their offices.

As one of the largest architecture firms in the world, and based in Battersea, London, Foster + Partners has released their report into gender pay issues, becoming one of the first architecture firms to do so. The report reveals significant under-representation of women at senior level resulting in a pay gap across the firm, and outlines a commitment to encouraging gender diversity at all levels of management.

The report reveals a median pay gap of 10.5% amongst staff, above the national average of 9.4%, which Foster + Partners attributes to “having more men, with longer service, in senior higher-paid roles within the practice.” Indeed the report highlights how the male-female staff ratio becomes profound as one climbs the ladder – from 56% men and 44% women in the lower quartile, to 80% men and 20% women in the top quartile. This structure also accounts for a median bonus gap of 33% between genders.

Our pay gap is not an equal pay issue. Men and women are paid equally for doing equivalent jobs across the practice. Our analysis of our gender pay gap shows that there are more men than women in the practice and we also have more men in senior higher-paid roles. This is consistent across the construction industry. – Matthew Streets, Managing Partner, Foster + Partners

To resolve the disparities revealed in the report, Foster + Partners has outlined commitments for achieving “an equal balance between genders”. They highlight that over the past five years, they have promoted more women to both Partner and Senior Partner level. As well as establishing engagement forums, mentoring initiatives, and a commitment to enhanced Shared Parental Leave, the firm is also a Partner of the AJ Women in Architecture Forum.

The practice understands that this is a complex issue and that it will take time to achieve the right balance. We are committed to closing the gender gap and ensuring diversity and inclusion at all levels. – Matthew Streets, Managing Partner, Foster + Partners

The full report is available to view here.

What Should We Be Doing To Eliminate Gender Inequality in Architecture?

In recent years, there has been a significant amount of attention paid to the gender debate in architecture, with many asking why, in the 21st century, our profession can still be such a challenging career path for women. 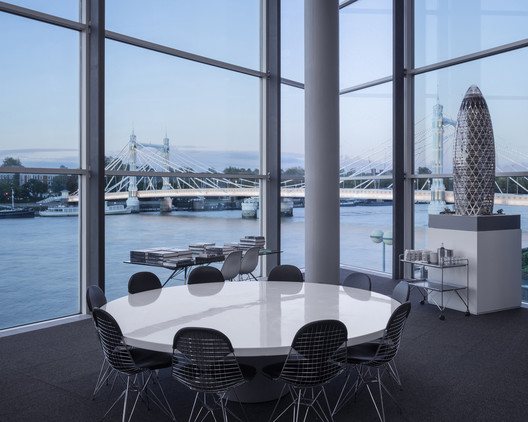