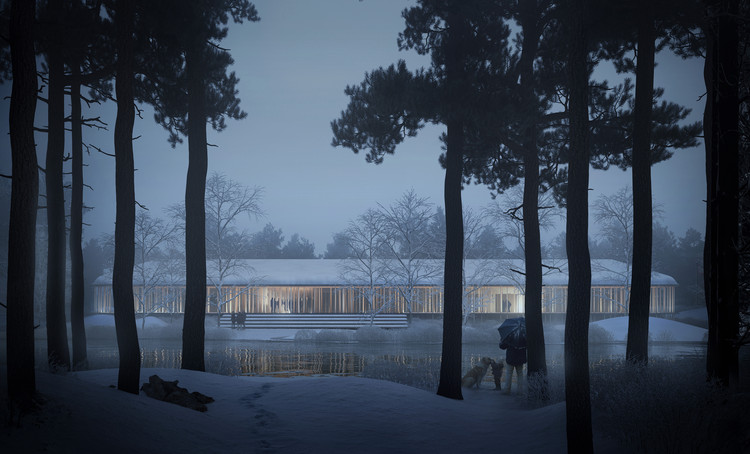 The team’s proposal, ‘Finnskogens Hus’, is a museum in the forest. Surrounded by a forest of columns, it creates an interesting transition between the forest it sits within and the perimeter of the museum. The interaction between building and landscape, inside and outside, works together to present the history and culture of the Forest Finns. During the dark hours, the light from within the museum bleeds through the forest of columns and gently illuminates the surrounding woodland.

The entrance of the building appears as a glade through a thicket of columns, leading the visitor into the reception area, café and library. Once inside the museum, the columns are still present but more dispersed, and natural light is filtered through the ceiling, a reference to the Forest Finns building technique where smoke was ventilated out through a smoke hatch.

The building itself holds many references to the culture of the Forest Finns, such as the primary building material being wood. Burnt wood is also used to tell a story about the slash-and-burn agricultural technique of the Forest Finns. The large gabled roof of the museum creates a link to the similarly gabled roofs of the surrounding buildings, while the plan of the building is straightforward and simple to ensure a clear circulation through the different sections of the museum. It is also designed to have the flexibility of extending the building through a second building phase. 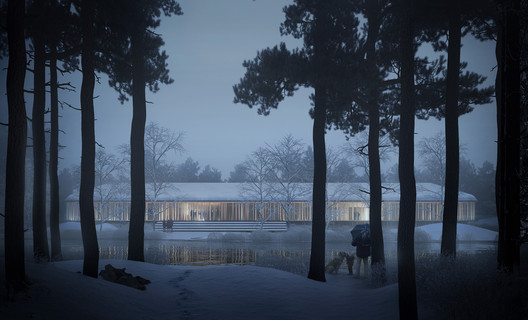