Following the evolution of architecture in Tuscany, this documentary maps out the decline of the region in the shadow of Brunelleschi and Alberti. From the 14th century onwards, Italy underwent a cultural rebirth that changed the entire world, bearing the architectural mastery of the Renaissance. However now, there appears to be a detachment within modern architecture and little work for the many architects who are being forced to emigrate.

Tuscanyness presents a dramatic portrayal of the abandonment and neglect that the region’s architecture has fallen into over the last 60 years, exploring the root causes of the problem. Interviewing a range of forward-thinking Italian architects, 120g’s documentary shares their perseverance to establish a vision of the future to recreate the spirit of the Renaissance and form a dialogue with the heritage of the country. The film covers the topic of identity, landscape, and beauty associated Tuscany’s classical and modern architecture as discussed by the architects.

Having premiered late last year, Tuscanyness has traveled around Europe and has recently been released online for the public to learn from the experiences of working in a region overshadowed by its past and the fight to restore faith in Tuscany’s contemporary architecture. The Pisa-based cultural association, 120g, has also been involved in many other projects concerning architecture both in Italy and abroad to promote interdisciplinary and transversal cultural activities between architecture, the visual arts, and engineering.

From Brunelleschi to Today, This Documentary Tracks the Evolution of Architecture in Tuscany

Each year, thousands of tourists flock to the Italian region of Tuscany to view works of architectural mastery. Renowned architectural figures such as Michelangelo and Brunelleschi transformed Tuscan cities to be stages of cultural rebirth during the 14th-17th century. These times, however, have passed. 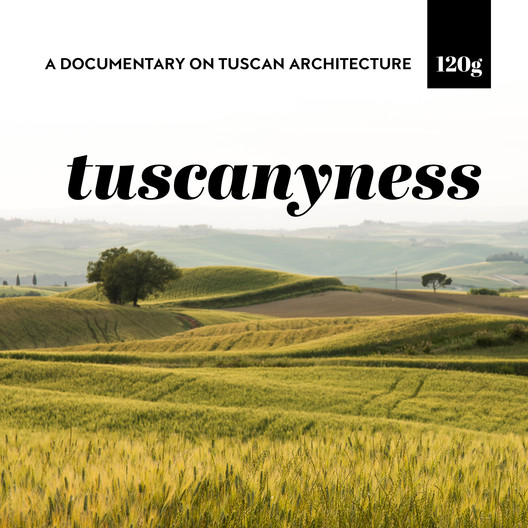