Over the last few months, we have seen a surge in large timber structures being constructed across the globe claiming to be the biggest, the tallest, or the first of their kind—for example, plans for the Dutch Mountains, the world’s largest wooden building, have recently been revealed. Contractors Moelven Limtre are one of the key drivers of this change as the perception of timber as a load-bearing material becomes more common. Their director Rune Abrahamsen is responsible for one of the current claimants of the world record for the tallest timber building, “Treet” in Bergen, at 51 meters tall. However, the contractor’s latest project Mjøstårnet is set to reach an even taller height of 81 meters. 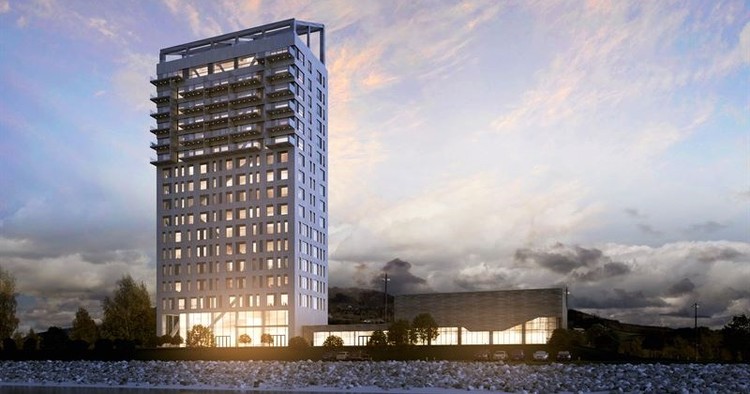 Construction of Mjøstårnet in Brumundal, a small town in Norway, began in early September and is due for completion in March 2019. Designed by Voll Arkitekter, the 18-story high-rise will include over 11,300 square meters of space containing apartments, a hotel, a restaurant, offices, and common areas with a 4,700-square-meter swimming hall. Mjøstårnet has a base width of 16 meters but Abrahamsen believes that it is possible to build taller if this is increased: “It’s mainly the width that determines how tall we may build a timber building. Greater width means the building sways less. A wider building would make it unproblematic to build higher than 100 meters, and even perhaps 150 meters or more.”

The ability to create skyscrapers out of timber is a benchmark for sustainable construction. As the project’s initiator, Arthur Buchardt explains in the first video of the Nordic Heights series, sourcing the spruce locally has dramatically decreased the carbon footprint of the building as well as the simple production of the glulam columns and beams requiring little energy to form the main structure of the building.

Timber has often been questioned due to common misconceptions about its ability to withstand fire. However, it is possible to locate the glulam beams so that they do not mutually affect each other, according to Abrahamsen. The main issue in the construction is the lightweight property of the timber frame that can sway up to 140 millimeters at the top when faced with the strong winds of the region. To eliminate this problem, concrete floor slabs will be used on the seven top floors to increase the weight towards the top and slow down the swaying. The building will also be anchored into the ground with piles up to 50 meters deep.

But as the competition for the tallest timber structure heats, new rules suggested to the Council on Tall Buildings and Urban Habitat (CTBUH) look set to be adopted soon, stating that wooden buildings with concrete cores are defined as wood-concrete hybrids. If these new rules are put into effect, they will rule out HoHo Tower in Vienna and Brock Commons in Vancouver as timber high-rises, leaving open the opportunity for Mjøstårnet to set the world-record—until the next competitor comes along. 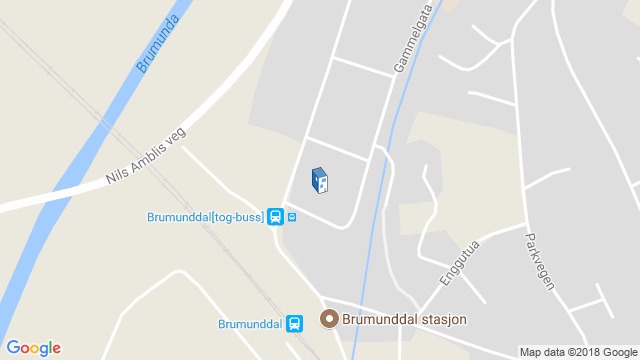