Representatives from all three museums will come together to focus on improving both architectural conservation and collections management for each building. The workshop will be conducted February 4-6 in Ahmedabad and will conclude February 8 in Chandigarh. Susan Macdonald, head of Buildings and Sites at the GCI, says, "By asking the museum participants to consider what is significant about their respective museums as individual buildings and as part of the larger collected work of a great architect, each can better develop the necessary conservation policies to care for these significant buildings and their important collections."

The three museums were designed in the 1950s and 60s based on Le Corbusier's concept of a "museum of unlimited growth," which he considered to be the ideal museum plan allowing for future expansion. The three museums appear similar in size, form, and floor plan, and also sit on his trademark pilotis.

The entire city of Chandigarh was designed by Le Corbusier, and the Government Museum and Art Gallery (completed in 1968) plays an important role in its cultural life. It also reflects Le Corbusier’s modern design principles, which are fundamental to Chandigarh’s identity as a model modernist city. The museum houses one of the largest collections of Gandhara sculptures as well as a collection of Pahari and Rajasthani miniature paintings. The museum has identified several challenges related to how best to exhibit and care for the building and its diverse collection of art, and how to manage environmental issues that affect both the collection and the visitor experience. It is addressing these issues by developing a Conservation Management Plan, which is being supported by a 2017 Keeping It Modern grant from the Getty Foundation.

Sanskar Kendra (completed 1954)currently houses the popular Kite Museum, which contains examples of traditional Gugarati paper and fabric kites. Its City Museum exhibition tells the story of Ahmedabad and its diverse cultures using objects such as large medieval coins, scripts and documents in Devnagari and Urdu, pottery, and frescoes. BV Doshi, a renowned Indian architect who is still practicing architecture in Ahmedabad, worked with Le Corbusier on the original design and construction of the museum.

The National Museum of Western Art, Tokyo, Japan (completed in 1959) is a UNESCO World Heritage site located in Ueno Park, north of the Imperial Palace. Three Japanese architects – Kunio Maekawa, Junzo Sakakura and Takamasa Yoshizaka – worked with Le Corbusier on this project, which symbolized restored diplomatic ties between France and Japan after WWII. The museum has a large number of visitors, with a professional staff who oversee a robust program of exhibits and public programs, and who carefully manage the building. Additions were added in 1979 and in 1994. Major seismic improvements have also been done, and future additions are also being considered in order to accommodate growth.

News and project descriptions via the Getty Conservation Institute. 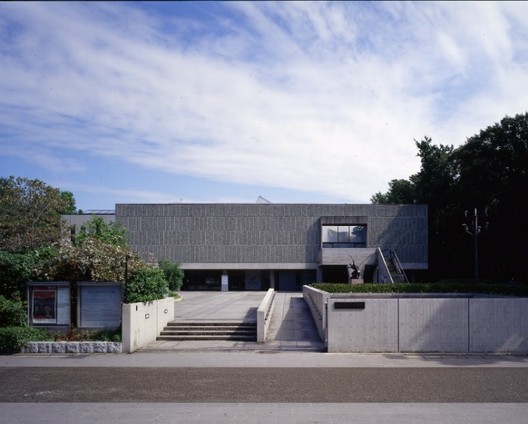