Save
Why Postmodernism's New-Found Popularity Is All About Looking Forward, Not Back
Share
Or
Copy 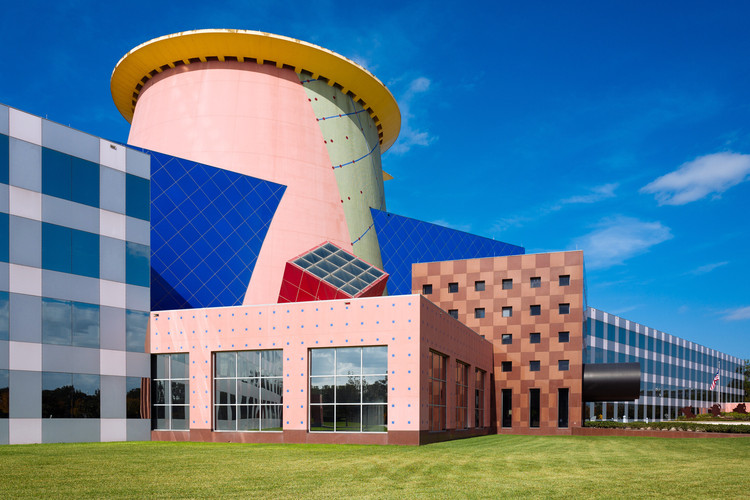 What exactly does “revival” mean? Certainly, there are signs that the postmodernist aesthetic is having a resurgence in popularity as people grow weary of the quiet Scandi-modernism and the technology-driven iconic architecture that had dominated design and architecture in recent years. But a historical reference or colorful flourish is no more a symptom of the return of the postmodernist ethos than a Hans Wegner chair in a corporate office lobby is a sign that we’re embracing the social democratic values of mid-century Denmark. The more interesting question is whether we are, or whether we should be, seeing a return to the philosophy out of which the postmodernist movement emerged? And, if so, what exactly is this philosophy?

It’s these questions that a new book co-authored by Terry Farrell and Adam Nathaniel Furman considers. As visually rich as its subject matter, it’s a book in two parts: a 47-page architectural image gallery separates two sections. In the front, Farrell offers his personal recollections of the rise and fall of postmodernism, drawing on his experiences while growing up (“appalled by the introduction of mass high-rise housing in Newcastle”), the eclecticism he came to appreciate as a student and through his friendship with pioneering postmodernists Robert Venturi and Denise Scott Brown, and his career as the architect of such notable postmodernist structures at the MI6 building in London. In the second half of the book, designer and architect Furman looks at the postmodernist era as a scholar of and enthusiast for the style, but one too young to have lived through it.

They frame postmodernism not simply as an architectural style, nor even a clearly defined movement that occurred in the 1980s, but rather a tendency that has popped up in the work of architects of all stripes and at several points in history. They reference well-known examples of postmodernist buildings and practitioners, as well as ones those that fit less obviously into the paradigm, including Le Corbusier’s later embrace of an “earthy,” handmade aesthetic in buildings such as his chapel in Ronchamp, vernacular-influenced Scandinavian modernist designers such as Alvar Aalto and the expressive modernism of Eero Saarinen. Furman points to theorists such as Jane Jacobs, who advocated for diversity and preservation of communities in urban planning, and Bernard Rudofsky’s exploration of vernacular architecture as examples of the postmodernist ethos.

The argument put forward by both writers is that postmodernism is a kind of anti-style. It is defined not by specific rules or aesthetics—not bright colours, historical references and decorative colours—but by its eclecticism, inclusivity and contextuality. As such, the postmodernist spirit can be seen in the materiality of brutalism, Superstudio’s critical exploration of the grid as an organizing principle and Charles Correa’s integration of Indian symbolism into his designs, as well as the buildings we might more commonly think of as postmodernist.

The movement, they explain, was a response to what many saw as the orthodoxies of modernist architecture, which prioritized rationality, progress and science, over intuition and emotion. While modernists sought universal answers to local problems, postmodernists tried to reinstate the lessons of the past and importance of context in architecture and urban planning. Postmodernism eventually became associated with a particular aesthetic and, in the UK at least, the neoliberal policies of the Thatcher era, as financial institutions in the City of London adopted its visual language. But as the authors point out, there is nothing intrinsically corporate about postmodernism: architects such as Ricardo Bofill have used it to build social housing in Paris, just as modernism has been employed to build banks.

Ultimately, Furman and Farrell are trying to make a case for the pluralistic, contextual, and historical sensitivity that underpinned the postmodernist movement. Farrell emphasizes the movement’s recognition of community and locality, and its inherent challenge to established social structures. Furman points to its emancipatory potential, making links between the diversity and non-conformity it encourages and our contemporary social condition: in which the internet and social media offer us cultural references from all eras and locations and in which there is increasing acceptance of ethnic and sexual minorities and different personal choices—when history is collapsing in on itself and the certainties of the past are dissolving.

It’s not hard to see why these ideas are resonating today, at a time when there is both a backlash against the homogenizing effect of globalization and an increasing acceptance of diversity. There is no reason why these two tendencies should be in conflict, but in reality tension has emerged between the two, when a notional divide has been created in many countries between “citizens of the everywhere” and “citizen of somewhere.” As Farrell says, in the UK “the inward battle of taste and culture on this island is always a struggle between what is global and what is special for us.” In that respect, the postmodernist project appears to be vulnerable to the accusation that it’s too broad and too slippery to define—that it is trying to be all things to all people. But just as it provides no universal truths, it also does not claim to provide easy answers or solutions. It’s this very broadness and openness that has allowed its ideas to thrive and perhaps will continue to do so.

Debika Ray is a London-based freelance journalist, writer and editor with more than 12 years’ experience at a range of daily, weekly and monthly publications. Until October 2017, she was senior editor at the design and architecture magazine Icon. She is also the founder and editor of Clove, a magazine about South Asian culture that launched in 2017. 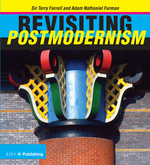 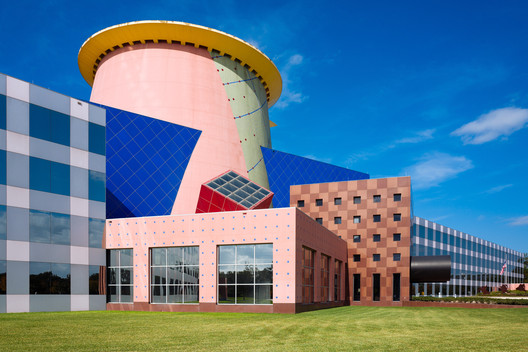