East of Paris, in Seine-Saint-Denis, sits a "Babel-like" housing estate. Its otherworldly atmosphere—existing somewhere between a 'new world' utopian dream and a postmodern, neoclassical housing estate—has set the scene for two Hollywood films including Brazil (1984) and, more recently, the upcoming second instalment of The Hunger Games: Mockingjay (2015). Parisian photographer Laurent Kronental's photo series, Souvenir d'un Futur (Memory of a Future), is an homage to the senior citizens of the French capital's Grand Ensemble region — not only in Noisy-le-Grand but across the Parisian banlieue. His photographs capture a number of places and their people which, in spite of their often megalomaniacal architectural settings, have been comparatively overlooked. 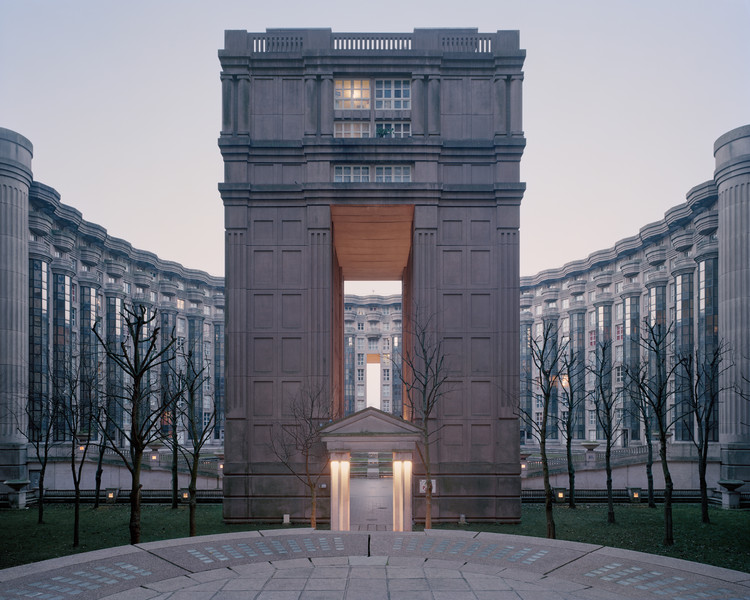 The Espaces Abraxas and Arènes de Picasso in Noisy-le-Grand were designed by Ricardo Bofill (Theatre, Arc and Palacio) and Manuel Nunez-Yanowsky ('The Pie'); both were co-founders of the Taller de Arquitectura. Vast housing estates of this kind were originally built between the 1950s and '80s to house a migrant population of rural and foreign refugees and are today—as is often the preconception of the banlieue—commonly stigmatised in the media and marginalised by resultant public opinion. Bofill's postmodern edifices, constructed between 1978 and 1983, were designed to represent an alternative approach to the modernist estates. In Paris in particular, they sought to directly oppose Le Corbusier's whitewashed visions of the 1950s, which they deemed to be devoid of 'style'.

In an interview in 2014, conducted by Elvire Camus of Le Monde, Bofill stated that [paraphrased from French] the general idea behind the Theatre, the Arc, and the Palacio was to build three 'rooms' of a theatrical space. In retrospect, he acknowledges that the complex has suffered from a lack of community spirit (a typical criticism in the banlieue), emphasised by the closed nature of the developments.

In 2006, Noisy-le-Grand sought to demolish parts of the development. After being met by widespread resentment from the population of Espaces Abraxas, the decision was made to keep them standing — for now. Kronental's photographs demonstrate very clearly that in spite of any assumed architectural or urban failings, these houses have been appropriated by their residents. In spite of the atmosphere of emptiness that Kronental has consciously captured, houses have become homes.

These 'monuments', living memories of their time, personify the fragile strength of a youth having blindly aged. —Laurent Kronental

As part of this photo-series, Laurent Kronental photographed a number of other large estates across the Parisian Suburbs alongside Les Espaces d'Abraxas and Le Pavé Neuf in Noisy-le-Grand, including: Les Tours Aillaud in Nanterre, Les Damiers in Courbevoie, La Cité du Parc and the Cité Maurice-Thorez in Ivry-sur-Seine, Les Arcades du Lac and Le Viaduc in Montigny-le-Bretonneux, Les Orgues de Flandre and La Cité Curial-Cambrai in the 19th Arrondissement of Paris. 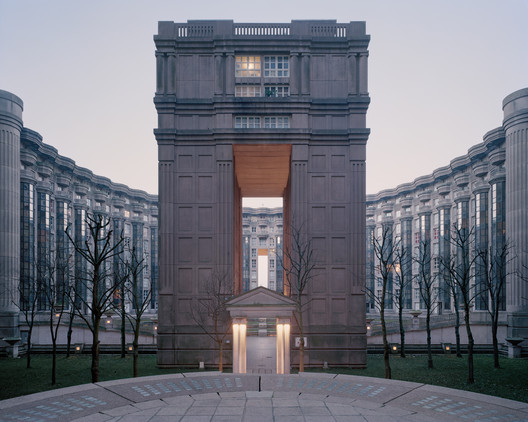