PRODUCE Workshop's flexible plywood "Shop-in-Shop" interior for Herman Miller at the XTRA flagship store in Singapore has been named the world's best interior of 2017 at the INSIDE World Festival of Interiors, which took place alongside the 2017 World Architecture Festival in Berlin. The overall winner was selected from a list of 9 nine category winners announced over the first two days of the event, which themselves were selected from a shortlist of 78 projects.

Dubbed "Fabricwood" by its designers, the winning space comprises a 20-meter arched structure constructed of plywood panels modeled to give the appearance of fabric. The installation was also the winner of the Display category.

Read on to see all of the category winners. 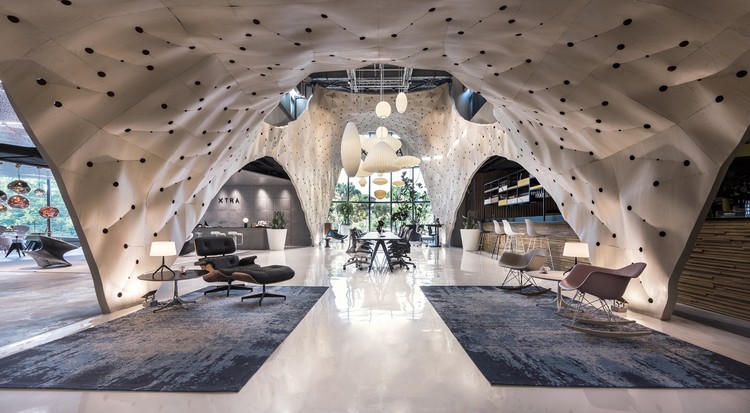