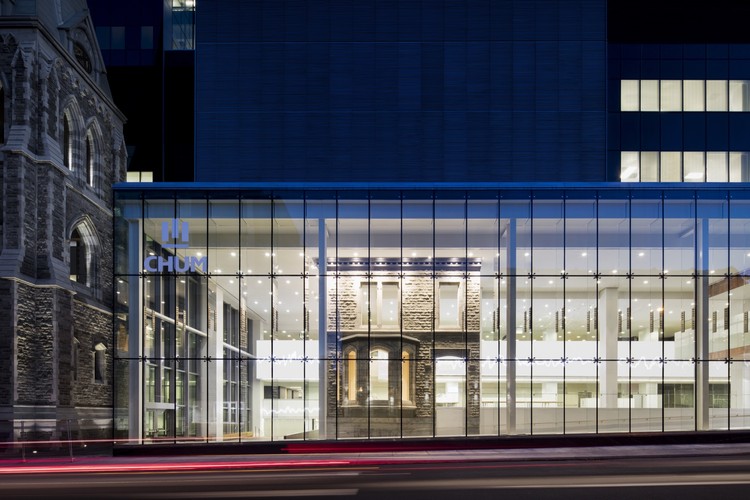 Text description provided by the architects. After nearly a decade of work, CannonDesign + NEUF architect(e)s are pleased to announce the completion of Phase 1 of the Centre hospitalier de l'Université de Montréal (CHUM). Begun in 2009, the CHUM teaching institution is the largest healthcare construction project in North America and the largest public–private partnership project in Canadian history. Already, the building has ignited the revitalization of a neglected sector of Montreal’s urban core.

Initially structured as a two-phased project, the team reconfigured the indicative design of the campus arrangement and architecture in order to accelerate development significantly. As a result, Phase I, now complete, delivers the hospital’s core healthcare capabilities, including all patient rooms, all operating theatres, diagnostic and therapeutics, as well as the Oncology program, leaving only offices, a conference center, a few ambulatory spaces, and additional parking for Phase 2.  This allows the Quebec population to benefit from the much-needed state-of-the-art healthcare infrastructure years sooner than originally anticipated.

With social infrastructure and urban renewal as integral components to its design, the 22-storey complex, spanning over 3 million square feet and encompassing two full city blocks, will play an important role in regenerating the neglected East-end of Montreal’s downtown core, reconnecting the city’s urban fabric and anchoring the Quartier de la Santé, Montreal’s new healthcare district. In addressing the totality of that task, the design team approached the project from all scales, including the large-scale urban element, the local neighbourhood context, and the fine grain of a human component, central to its vocation as a place of healing.

“Walking through the completed spaces today, there is a spatial quality that has exceeded our expectations,” explains Azad Chichmanian, partner and architect with NEUF architect(e)s. “As the public finally begins to discover the architectural moments that have been created, from the near museum-like public spaces to the state-of-the-art clinical facilities, we believe the building will succeed in completely redefining Montrealers’ image of what a hospital feels like.”

Throughout the design process, the team continually pushed the envelope for quality of design, whether in its use of parametric design on the building envelope, the use of 3D-printed models in coordination, an innovative approach to the integration of heritage components, and an intense use of technology to facilitate communication between team members from across the globe.

From a healthcare delivery perspective, each of the 772 rooms includes ample space for family involvement, and expansive windows offering some of the best views of the city. Importantly, the entire building is designed following universal design principles, and impressively, the vast majority of the 12,000+ rooms in the building were designed following a small number of standardized room templates. “The creation of such an incredible healthcare facility required our design team to look at the project from numerous perspectives, but we leveraged our health expertise to always keep patient experience at the forefront.” said Jose Silva, Principal for CannonDesign.

Art at the heart of the architecture

Going well beyond the Quebec government’s requirement of dedicating a minimum of 1% of a public development’s budget to the integration of art, the new CHUM campus will have 13 large-scale works of art incorporated into the design and ultimately house the highest concentration of public art in Montreal since Expo 67.

“We have integrated the art directly into the architecture of the complex in ways that blur the lines between the two and provides a more human experience to the visitor and staff.” explains Chichmanian. “In fact, many components of the buildings themselves can be considered as works of art, including the amphitheater, the reconstructed steeple, Maison Garth and the Space of Contemplation - forming a series of architectural objects animating Saint-Denis Street.  Perhaps the best example is the passerelle, an aerial bridge now spanning across Sanguinet street with its translucent arch emerging from the perforations of the copper shroud enveloping it.” 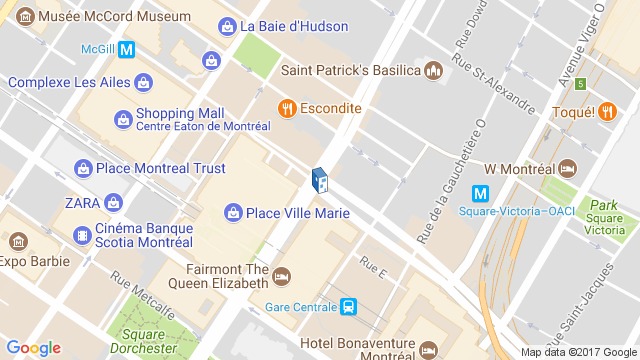 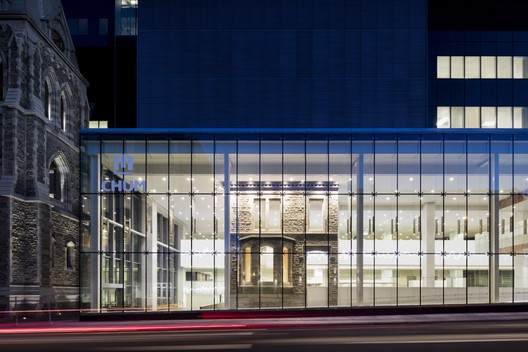