Save
The Garage / Neri&Hu Design and Research Office

"I think that cars today are almost the exact equivalent of the great Gothic cathedrals; I mean the supreme creation of an era, conceived with passion by unknown artists, and consumed in image if not in usage by a whole population which appropriates them as a purely magical object." –Roland Barthes, Mythologies

In a city of 26 million inhabitants and 7 million vehicles, being trapped in a car in Beijing’s notorious traffic is a compulsory experience in the capital city. Neri&Hu’s approach to the architectural renovation and interior design of an Automobile Service Center in Beijing attempts to recapture the allure and magic that was once associated with cars. Along with a café and offices, the project as a whole is conceived as a workshop space, partly raw and partly refined, it is activated throughout with the energy and spirit of the industrial era.

Architecturally, the former missile manufacturing factory is largely kept intact; three of its four brick walls remain untouched. With the addition of a new steel frame structure, a third level is added to accommodate the client’s capacity needs. Demonstrating a certain tectonic candor, the tripartite of elements—existing brick building, steel structural frame, and inserted white volume—are visually distinct and legible on the façade. A series of black metal frames redefines the rhythmic window openings, while mirrored glass provides textural intrigue to the mostly monochromatic base. Raw steel edged glass garage doors at each of the vehicular entries are marked with custom graphics and signage to guide visitors to distinct areas along the building’s nearly 100m length.

Sitting within the white volume of the building shell at the west end are the main function spaces—office, café, and car lift—each expressed as modularized steel and mesh boxes, a subtly refined interpretation of industrial storage facilities. Mezzanine platforms, stairs, and walkways float amidst the mysterious black cages, such that cars and people are constantly circulating about. The café and the automobile workshop together, a somewhat surreal juxtaposition of functions, begins to generate moments of spectacle. Looking back down between the structural beams, peering through the layers of mesh and mirror, there is an allusion to the back stage of a theatrical set. Patrons of the café can voyeuristically steal glimpses of the cars and mechanics, marveling at their performance while enjoying a delightful refreshment.

While the brutality of the concrete and steel material palette, the unadorned authenticity of the metal assemblage, are inspired directly by the industrial approach, an additional layer of luxuriously textured materials—walnut timber and brushed bronze—provides a sense of hospitality. Custom furniture and lighting pieces adopt the efficient tectonic of wood plank and tubular steel construction, but their material richness and refined detailing also harken to the quality of craftsmanship found in antique cars. With this project, Neri&Hu attempts to break through common expectations of what some might consider a vulgar typology, to inject a sense of warmth into an industrial context, and to portray the seductive side of the ubiquitous modern machine.

To facilitate the efficiency of service in the repair shop, the strategy for the main signage reflects the bold and straightforward graphics of road signs. While the main signage is clear and direct, a second layer of signage augments the functional with the reflective. Meant to be slowly discovered, quotes are silkscreen-printed throughout the lounge and waiting area for customers to ruminate and take pause. 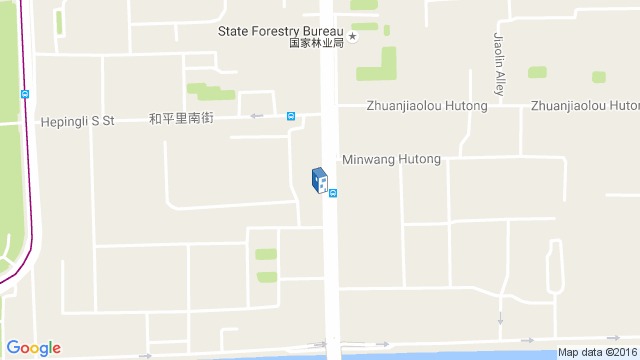 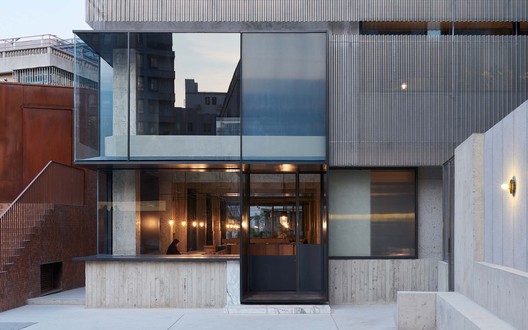