Save
Greenspace Takes Over London with WATG's 'Green Block' Proposal 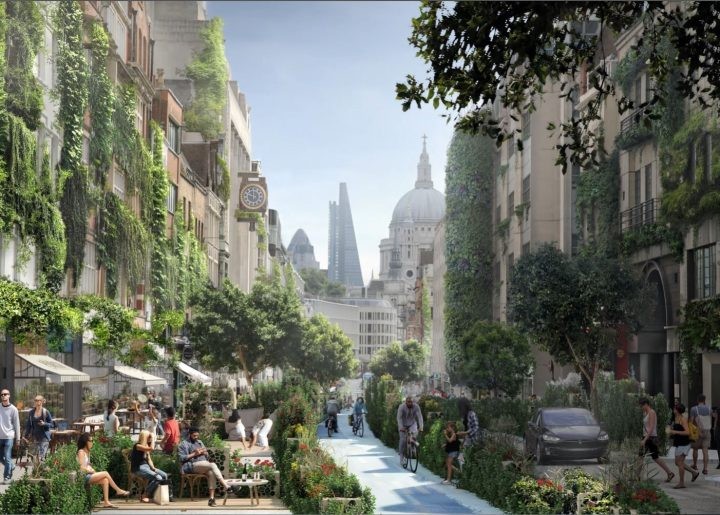 ‘Green Block’ is the modular concept WATG has proposed to fuel their exploration of how to transform cities toward a greener future. The highly adaptable, 100% recyclable ‘Green Block’ is a living building material impregnated with native wildflower seeds. The unit is maintenance free with its integrated irrigation reservoir and climate specific seeds.

WATG’s inspiration was to think about London in the future when there are less cars on the road and fewer car lanes. This idea claws back space from the roads and returns it to the people of London. As Landscape Architects, we’ve been incredibly inspired by Mayor Khan’s commitment to the environment in the Capital. was a comment from John Goldwyn, Vice President of Planning and Landscape for WATG.

The visualizations show the many different adaptations of the ‘Green Block’ within an urban landscape. WATG has created the ‘Green Block’ module as a building material to be used throughout the city as the residents see fit. Immediate adoptions could include green-ing the sidewalk experience with parklets (parking-stall-sized parks) outside coffee shops and storefronts, to delineate bike lanes, and to string together the city’s existing parks providing ecological corridors. Used as a green wall, the Green Block could be used to shroud construction sites and clad buildings. The modular system can reclaim asphalt for green space in response to the redundant roads and parking lots that are anticipated with the coming of autonomous and shared vehicles.

The 'Green Block' is currently being prototyped and tested and is expected to be ready for use in early 2018. Daniel Raven-Ellison commented, “To make a greener future a reality for all Londoners, we need to work together and leverage our collective creativity and resources.” With the full support of Mayor Khan, London’s steps toward becoming a National Park City will be declared in 2018 and launched in 2019.

Find out more about the campaign to make London a National Park City, visit here. 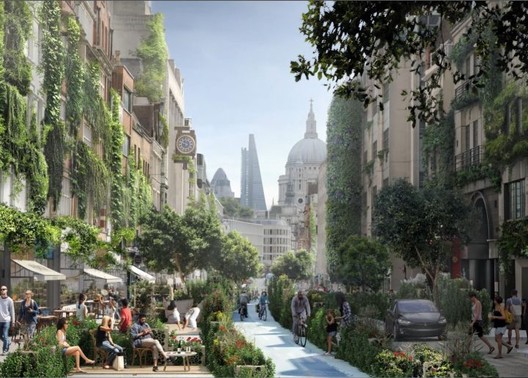