Save
How Architects in Chicago Are Making New History
Presented by:

Horizontal City is one of two collective exhibitions (the other being Vertical City ) at the 2017 Chicago Architecture Biennial. 24 architects were tasked by artistic directors Sharon Johnston and Mark Lee to "reconsider the status of the architectural interior" by referencing a photograph of a canonical interior from any time period. 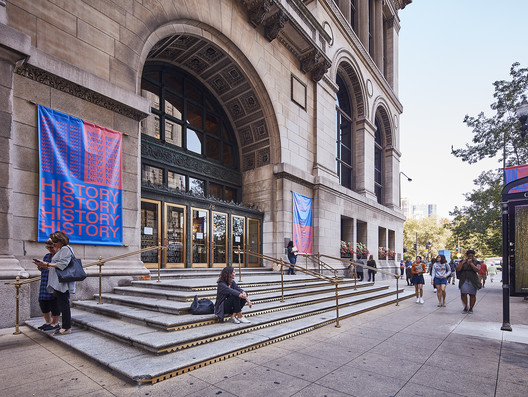