Working out of a UNESCO world heritage site in Cartagena, Colombia, Smart Everyday Nighttime Design is a research project that aims to use light as a means to build better communities. The project, spearheaded by Arup’s Lighting team with urban-lighting leader Leni Schwendinger, seeks to address nighttime activation of Getsemaní’s streets and public spaces in a bid to improve safety, stimulate the night time economy and engage with the local communities and events.

This documentary, produced by PLANE—SITE, presents the project’s findings and explains the research process and the resulting prototype. The team had two main ambitions: 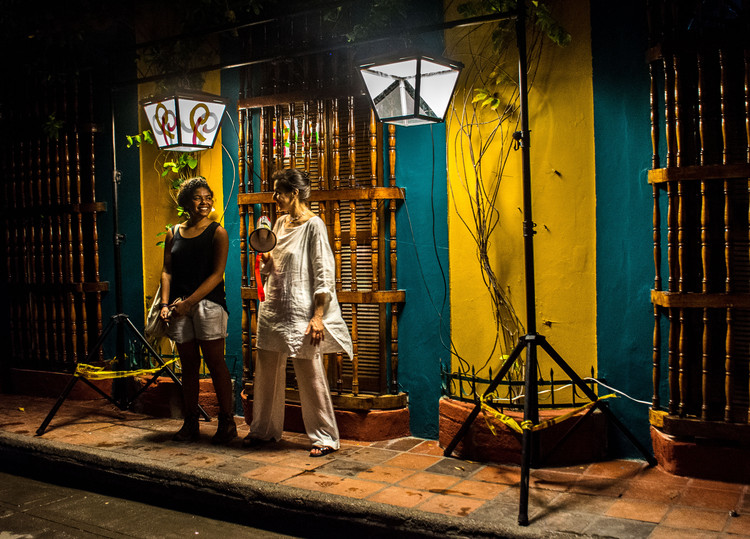 To develop a sustainable Nighttime Design concept and methodology; and to improve community connections and galvanize local stakeholders through the use of private property for public lighting.

Getsemaní is facing a number of urban development issues, including gentrification, displacement and the visible changes to the architectural fabric of the area, leading to a more noticeable difference between rich and poor. A critical aspect of the project was intensive collaboration and community involvement. The process began with information gathering and research around the dynamics of the space, including the colors, the activities, and the existing lighting options.

Key differences were noted between the public squares, the side streets running off them and the residential streets, with lighting acting as the catalyst for activity. The use of traditional lanterns became the foundation for the project going forward and work sessions with the community and community stakeholders.

The resulting prototype is a colorful, bright and context-driven space, brought to life at night and evoking a sense of ownership among the locals. It is hoped that project and its process can act as a blueprint for collaborative and innovative nighttime design around the world.

News via: PLANE—SITE and Arup.