On September 2nd of the present year, Mexican architect Gabriela Carrillo stood before a group of her most lauded colleagues and presented the work she has developed alongside Mauricio Rocha for the past decade in Cuatro Cuatros. 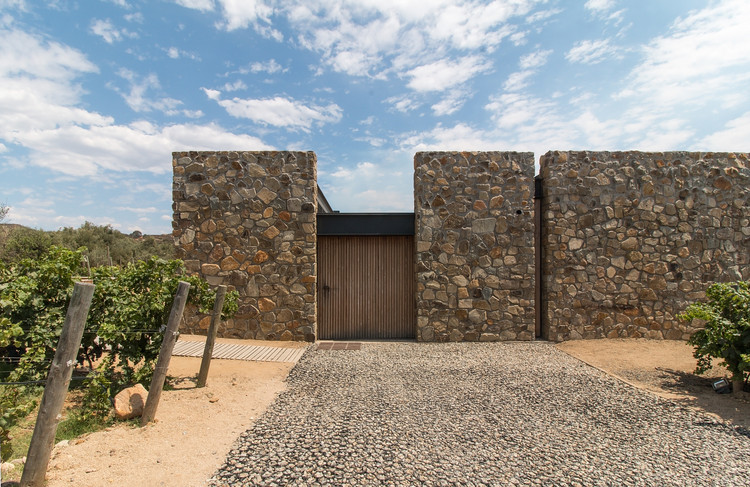 And though the most basic design tasks were no easy feat in a such an area mostly disconnected from any major city, during her presentation Carrillo focused instead on conceptual issues, asking questions such as, how can one build through not only addition, but also subtraction? How can a tree be made a building's accomplice? How can architecture establish a dialogue with the landscape, mutilating the mountain in the smallest way possible?

Her intention and the reason behind the committee—made up of Mauricio Rocha, Gabriela Carrillo and Claudia Turrent—deciding to summon to the site 44 national and international architects was to invite them to develop the residential area of Cuatro Cuatros together, and "find their strengths in the multiplicity of architectural manifestations and the project's guiding principle in the relationship between architecture and territory."

The following architects were invited to create a manifesto that will guide their collaborative participation in the residential project of Cuatro Cuatros: 500 homes located in 360 hectares.

In a round table open to the public, each architect was able to voice his or her opinion on three subjects: the landscape, the context, and the material condition.

And though the challenges the group will face are undeniably immense and varied, as a first approach, the event was constructive and showed the wide variety of ideas present among the group of architects.

Cuatro Cuatro's new stage is born from the idea that we as a society are facing the end of some previously established notions of what it means to inhabit and visit natural landscapes, keeping in mind that in a site such as the one offered in Baja California, architecture should be silent and leave room for imperfection.