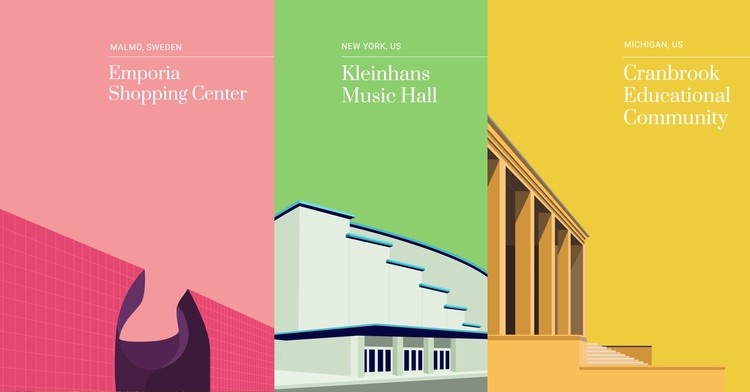 Hired by Texaco in 1938 to design a new standard of gas stations, Arne Jacobsen's Skovshoved Petrol Station incorporated the cleanliness and practical solutions of functionalism that is continuously seen within his other works. Both the Central Bank of Kuwait and St Catherine's College in Oxford are prime examples of his simple yet strong silhouettes. Cladding the station's concrete façade in white Meissener tiles, Jacobsen successfully achieved a pure and elegant exterior. The form of the ellipse canopy later inspired one of his many famous chair designs, the Ant™ in 1952 that acted at the forefront of Danish Minimalism.

Helsinki Central Railway Station, inaugurated 1919, exemplifies Eliel Saarinen’s approach to Finnish National Romanticism as the granite clad structure bears the title of ‘Finland’s most visited building’. The exposure to the footfall of 200,000 daily passengers flaunts the evolved Art Nouveau style which Saarinen presented later overseas in 1923 upon moving to the US. Many of his works in America have achieved the status of ‘National Historic Landmark’ for their “graceful architecture."

Kjetil Thorsen’s considerate designs bear strength in their sympathy to the landscape. Bibliotheca Alexandrina was the first large-scale project by international architecture firm Snøhetta, co-founded by Thorsen himself, and obscures the scale of the building underground for minimal effect on the surroundings. Inspired by the passing of time, the oval shape of the structure holds notations of orbiting planets and stars whilst the granite blocks that build up the walls are engraved with letters from an array of languages.

Gert Wingårdh’s take on “modern baroque” was essential in striving Scandinavia away from the International style. The indulgent architecture of Müritzeum epitomises his maximalist approach as the charred larch wood covers the contours of the building set in the ‘Land of a Thousand Lakes’. Other projects of Wingårdh’s further experiment with form as means of embellishment such as the glass waterfall that cascades down EF Headquarters’ façade.

You can view the entire collection of illustrations here. 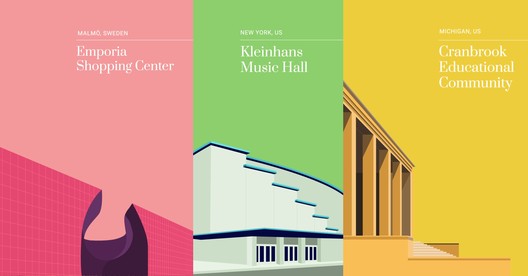