Two “custom-made” rotating elevators carry visitors into the subterranean space, which sits a full four stories underground. Passengers will arrive and leave from the same door, as the elevators circle the outer wall of the space. For Apple, Bloomberg comment, “the more elegant single door, with its complex engineering, [has been] preferred to the more obvious double-door solution.”

On stage, an inside wall “obscures a hollow space below the floating saucer”, which will move to reveal the product demonstration space following the official keynote announcement. “One engineer,” Bloomberg report, “said back in March that the building's budget meant each leather seat had cost Apple the equivalent of $14,000 apiece.” 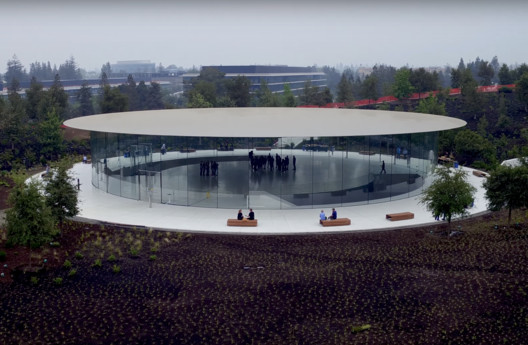