Find more of ArchDaily’s coverage of Apple Campus 2 below:

Following an unofficial update in August 2016, Apple's Campus 2 is entering the final stages of construction. A new drone video, captured by aerial videographer Matthew Roberts earlier this month, shows the 'Research and Development' facility nearing full completion and capped by a vast roof plant, the 'tantau roof' on the security kiosk in place, and an epic effort in landscaping taking place both within the "spaceship's" courtyard and across the company's enormous property.

It has been a long road for Foster + Partners's team since first taking on the design for Apple's new campus in 2009. Four years later, despite the criticism and budget concerns, plans for Apple's corporate headquarters have been approved by Cupertino's planning commission. 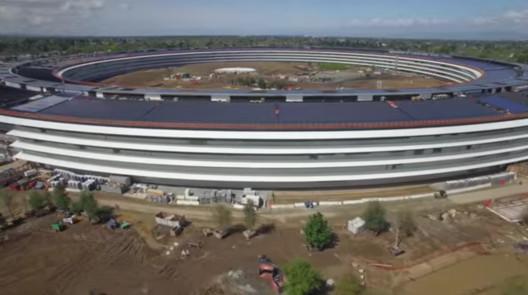