Following an unofficial update in August 2016, Apple's Campus 2 is entering the final stages of construction. A new drone video, captured by aerial videographer Matthew Roberts earlier this month, shows the 'Research and Development' facility nearing full completion and capped by a vast roof plant, the 'tantau roof' on the security kiosk in place, and an epic effort in landscaping taking place both within the "spaceship's" courtyard and across the company's enormous property. Only one crane now remains on site and the solar installations appear to be around 60% complete, suggesting that the scheduled 2017 move-in date remains on track. 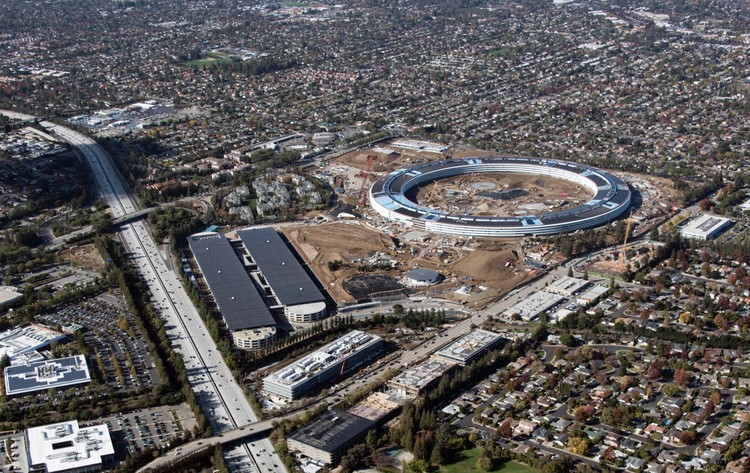 In addition to the film, a large collection of photographs have been shared by French blog MacGeneration showing the construction process in closer detail. According to the site, these images were first distributed to Apple employees and show a consistent material palette of stainless steel, marble and large glazing panels. Certain elements, such as the security kiosk roof, are reported to be fabricated using a carbon fiber composite.

You can learn more about the project, here.