The 8-strong group will be tasked with selecting the upcoming 2018 laureate, who will become the 40th winner in the prize’s history.

“As we approach the 40th anniversary of the Pritzker Prize, the addition of André Corrêa do Lago and Wang Shu continues to embody the international range reflected by both present and past Laureates and Jury,” commented Tom Pritzker, Chairman of Hyatt Foundation. “The contributions of both individuals to the field of architecture, from different vantage points, makes them ideal members of the jury.”

Co-founder of Amateur Architecture Studio and Dean of the School of Architecture at China Academy of Art, Hangzhou, Wang Shu was selected as the 2012 Laureate of the Pritzker Prize, lauded by the jury for his work’s “strong cultural continuity and re-invigorated tradition.”

“It is a great responsibility to serve on the jury,” commented Wang. “I also hope to share my knowledge of China and the Asian context with them.”

André Aranha Corrêa do Lago is the current Brazilian Ambassador to Japan, advocating for international sustainable development and energy. Corrêa do Lago has also previously worked within the field of architectural curation and criticism, serving as curator of the Brazilian Pavilion at the Venice Biennale of Architecture (2014) and of several other exhibitions across the world. He has also written extensively on Brazilian architecture and Oscar Niemeyer, including Aindamoderno?: Arquitetura Brasileira Contemporânea (2005), Oscar Niemeyer: Uma Arquitetura da Sedução (2009); and ArquiteturaBrasileira Vista por Grandes Fotógrafos (2014).

Wang and Corrêa do Lago replace architect and educator Yung Ho Chang and architecture curator, writer and editor Kristin Feireiss on the board, joining the remaining six jury members:

Working closely with the jury is Executive Director of the Pritzker Prize Martha Thorne, who manages the open nominations process.

The winner of the 2018 Pritzker Prize will be announced in March, with the awards cermony following in the spring. 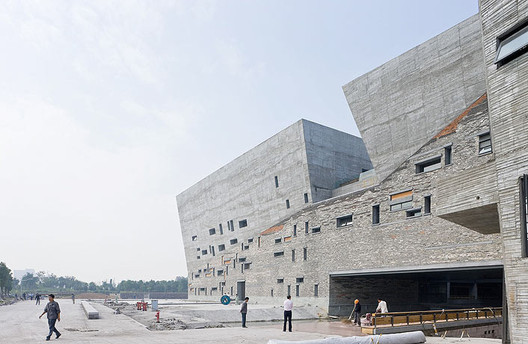