✕
Save
The Astonishing (Vanishing) Stepwells of India

Thirty years ago, on my first visit to India, I glanced over an ordinary wall. The ground fell away and was replaced by an elaborate, man-made chasm the length and depth of which I couldn’t fathom. It was disorienting and even transgressive; we are, after all, conditioned to look up at architecture, not down into it, and I had no clue as to what I was looking at. Descending into the subterranean space only augmented the disorientation, with telescoping views and ornate, towering columns that paraded five stories into the earth. At the bottom, above-ground noises became hushed, harsh light had dimmed, and the intense mid-day heat cooled considerably. It was like stepping into another world. 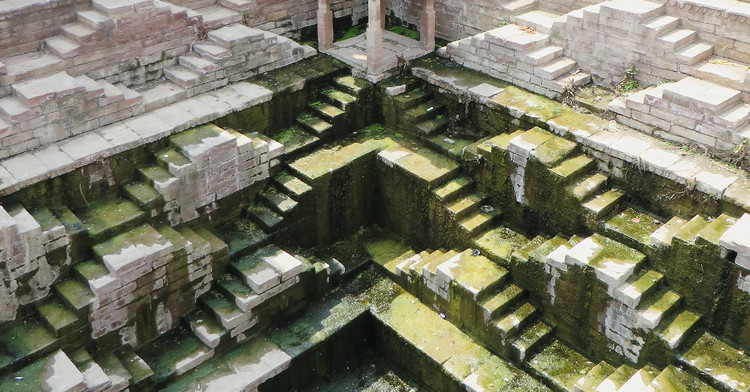 This was a stepwell – one of thousands that proliferated throughout the subcontinent, predominantly in India, beginning in around 600 C.E. They were first and foremost efficient water-harvesting systems, but that bland label doesn’t begin to describe how spectacular these structures are as marvels of architecture, engineering, and craftsmanship. Yet few people outside (and often within) the country have ever heard of stepwells, much less seen one, and millions of visitors flocking to India’s forts, palaces, temples, and tombs are completely oblivious to the wonders languishing nearby, often mere steps away and hiding in plain sight.

For nearly fifteen-hundred years, stepwells were perhaps the most significant structures in their communities, but their importance didn’t guarantee them a secure future. Only a relative handful have been preserved and carefully maintained, one of which—the incomparable Rani ki Vav in Gujarat—was designated a UNESCO World Heritage Site in 2014. Most, however, are in various states of decrepitude and today stepwells are an architectural endangered species.

The primary purpose of any stepwell was to provide water for drinking, washing, and irrigation year-round – no simple feat in regions where the precious resource might be buried nine-stories beneath ground. In dry seasons, flights of steps could reach the groundwater when it was a mere trickle, while during India’s dramatic monsoons, the steps (which could number well over a hundred) gradually submerged as the water level rose. At those times, the often-vertiginous descents were reduced. (Undoubtedly a relief for women fetching water daily while balancing vessels on their heads.)

But stepwells (generally known as “baolis”, “baoris”, or “vavs” depending on the region and language), served other essential functions. They could be active Hindu temples, for instance, or important shrines or, simply, shady retreats during scorching summers. Stepwells were gathering places for local communities, particularly for women who led otherwise constrained lives. On remote trade routes, stepwells were crucial—not unlike today’s highway rest-stops—whereupon travelers could seek refuge for days. Useful “tools” for local rulers and wealthy patrons to show off their munificence, stepwells were pricy acts of charity that demonstrated benevolence to the population at large. It’s believed that twenty-five percent of the structures were paid for by women in honor of deceased husbands or sons.

The stylistic range of stepwells is mind-boggling: linear, square, L-shaped or round; constructed of masonry, brick, or rubble; intimately-scaled or downright enormous; encrusted with sculpture or minimal and modest. Like fingerprints, no two are exactly alike, but solid information about them is shockingly limited and wildly conflicting. Three seminal books on the topic, written years ago by scholars Jutta Jain-Neubauer, Morna Livingston, and Julia Hegewald, are now out of print and difficult to procure, but even boilerplate facts such as dates and names are debated in all relevant sources. One fact is indisputable: stepwells can be breathtaking, heartbreaking, but most often both.

Despite their prominence for a millennium, stepwells lapsed into obscurity during the British Raj, when they were deemed intolerably unhygienic. Many are thought to have been destroyed, though just how many is anyone’s guess. The advent of modern amenities like village pumps and plumbing hastened their decline and, untethered from their original purpose, most stepwells deteriorated, filling with silt, vegetation, and garbage, while bats, bees, snakes, and other critters took up residence. But no matter how dilapidated, encountering a stepwell remains a powerful experience, and one that every visitor to India should have.

Many are easily accessible, while others can be elusive, which is unsurprising considering their introverted nature. Often, a stepwell has so little above-ground presence as to be nearly undetectable. More often, however, they have so little currency in their community that even locals don’t know where to find them. Driving in circles, quizzing shopkeepers, walking along footpaths with herders and farmers – it’s all part of the hunt and can be alternately frustrating and rewarding. It’s no easier in cities, where modern construction has completely surrounded the ancient structures, which are only visible by leaning out windows or climbing onto rooftops.

Derelict or not, there are plenty of stepwells today that soldier on, performing at least some of the same roles as a thousand years ago. Some are thriving temples, others are used for irrigation, while still others are favored spots for bathing and swimming. A recent groundswell of preservation efforts by the Indian government and assorted NGOs has been breathing new life into the moribund monuments, and the results are heartening. Communities have begun to clear their local stepwell of silt and debris, which has restored water for the first time in generations. And several hotels have lured curious tourists by advertising historic stepwells on their property – one even offers romantic dinners by candlelight.

My own stepwell obsession has led me all over India since that first experience thirty years ago, and I’ve visited roughly two-hundred by now – but only a fraction of those remaining. The only way to ensure the future of these “subterranean ghosts” is to raise awareness, create demand, include them on every tourist itinerary, in every guidebook, in university courses, documentaries, and many more books. It’s up to us to spread the word. 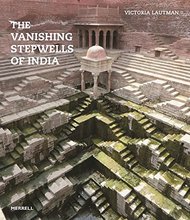 The Vanishing Stepwells of India
Buy from
amazon.com

It's hard to imagine an entire category of architecture slipping off history's grid, and yet that seems to be the case with India 's incomparable stepwells. Never heard of 'em?

Is there a Future for India's Stepwells?

Tourists in India dutifully make the rounds, visiting the spectacular temples, palaces, and forts the country has to offer. But, even when they're practically under their feet, people often forget about stepwells, the massive subterranean (up to ten stories) structures that dot the Indian landscape. 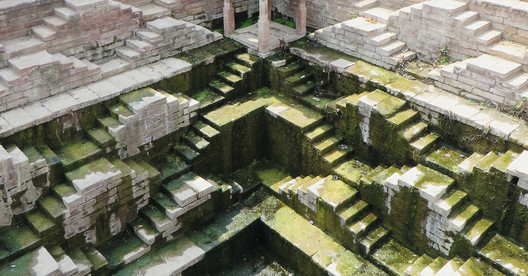