When you’re used to the grind of architecture school, breaks can hit you like rain on a warm day—cool at first, but terribly annoying soon enough. While the first few days breeze past as you catch-up on lost sleep and binge-watch Game of Thrones, you realize before long that you’re going insane with nothing to absorb all your new-found energy.

This is where architectural competitions come in handy. They provide a constructive outlet while being deeply engrossing, thus keeping you from hopelessly refreshing Youtube to see if Buzzfeed uploaded a new video. Also, the fact that you’re no longer constrained by the direction of your studio-leader or school program enables you to experiment creatively. With diverse international competitions running at any given time, you can take your pick, depending on your individual interests and the amount of time you want to devote. However, the sheer number of available competitions can be deeply confusing as well. Here we shortlist seven of the most prestigious annual architectural competitions open to students:

1. 120 Hours: Designing with a Short Deadline

This student-driven international competition uses a unique format where participants receive a mere 120 hours from the release of the brief to the project submission deadline in order to solve a complex and socially relevant assignment. Organized independently by students from the Oslo School of Architecture and Design, 120 Hours works on a non-profit basis—it charges no participation fee—and is based around topical subjects. This year, the competition included 3024 participants from 79 countries, while winners were selected by a jury headed by architect-academic Jan Olav Jensen.

Established in 2006 by architecture and design journal eVolo, the annual Skyscraper Competition is one of the world’s most prestigious awards for high-rise architecture. It asks the following questions: What is a skyscraper in the twenty-first century? What are the historical, contextual, social, urban, and environmental responsibilities of these mega-structures? eVolo recognizes outstanding ideas that redefine skyscraper design through the implementation of novel technologies, materials, programs, aesthetics, or spatial organizations. Architects, students, engineers, and designers from anywhere in the world are eligible to participate.

This competition, now in its seventh year, was conceived as a response to the zero net energy targets set out by the California Public Utility Commission (CPUC) in its 2008 report. The challenge is to create energy-efficient design while the final review includes an evaluation of the design’s technical components. Architecture at Zero is open to students, architects, landscape architects, urban planners, engineers, and designers anywhere in the world, and student registration is free. This year, up to $25,000 in total prize money will be awarded to student and professional winners.

Organized by the interdisciplinary not-for-profit organization Shelter Global, the intent of this competition is to foster new conceptual ideas about how to better handle the growing density of unplanned cities. Contestants are asked to consider how design can empower communities and allow for a self-sufficient future. The competition limits constraints on participants in order to give them the freedom to think in the most creative ways possible: there are no restrictions in regards to site, program, or size. Architects, students, engineers, designers, thinkers, NGOs and organizations are all invited to participate with no requirement for professional qualifications.

6. What Design Can Do: Responding to Current World Problems

Working in partnership with IKEA and Autodesk, Amsterdam-based What Design Can Do (WDCD) was initiated in 2011 as a platform to showcase design as a catalyst of change—a way of addressing the societal questions of our time—and not just something that makes things pretty. While the competition’s 2016 brief dealt with the refugee crisis, WDCD has chosen to focus its attention on climate change for the next two years as it invites students, creative professionals, and imaginative start-ups from all countries and disciplines to participate. Interestingly, the competition also allows participants to create customized briefs, depending on their design approach, subject of interest, and project location. The winners, selected and evaluated by an international jury, share an award package worth €900,000 which includes a project production budget.

Established in 1998, The Berkeley Prize is endorsed by the Department of Architecture, University of California, Berkeley. Open only to full-time undergraduate architecture students, the competition encourages participants to expand their academic education by going into their communities and investigating how the built environment best serves and reflects the everyday lives of those for whom we design. Each year, a topic critical to the discussion of the social art of architecture is selected and a related question is posed; students are invited to submit a 500-word essay proposal in response. From this pool of essays, around twenty-five selected contestants move to the semi-finals where they are asked to submit a 2500-word essay expanding upon their proposals. 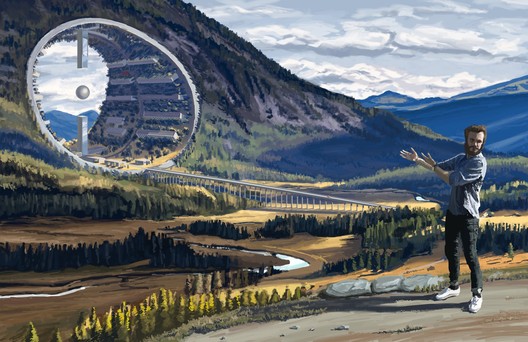