New footage from drone videographer Duncan Sinfield reveals that finishing touches are being applied to one of the Apple Campus's more important outward-facing buildings, and perhaps its most 'public' – the "Steve Jobs Theater". Designed and constructed using similar elements to the nearby office 'ring'—including large convex glazed panels and precise, rounded cladding panels—the theater's main function will be to host the company's world-renowned keynote addresses, in which they present new products.

The "Spaceship" has landed and the dust, it appears, is starting to settle. In an article by Adam Rogers, which follows Wired's exclusive breakdown of the new Apple Campus in Cupertino, California, a convincing case is put forward against its design and wider masterplan. 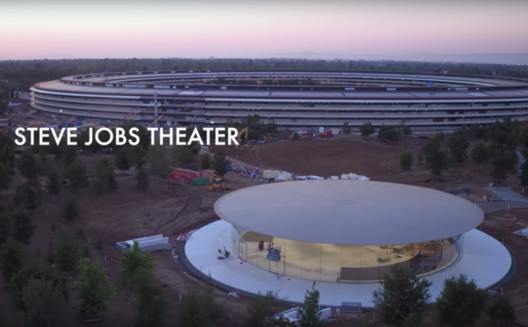