New renderings of Herzog & de Meuron’s upcoming luxury hotel have been released, showing the 28-storey tower’s updated interiors at its location at 215 Chrystie Street in Manhattan’s Bowery District. Constructed of raw concrete, the 370 rooms are capped with eleven open-plan luxury residences and is set to open to the public in June.

“To introduce a sense of scale and to further foster the expression of each individual floor, each column is slightly inclined,” explained Jacques Herzog with the announcement of the project back in 2014. “The prominent corner of the building facing Chrystie Street is where the two geometries of the inclined columns meet. Rather than giving one direction priority, the two directions are braided together. The result is a sculptural corner column that becomes the visual anchor for the entire building.” 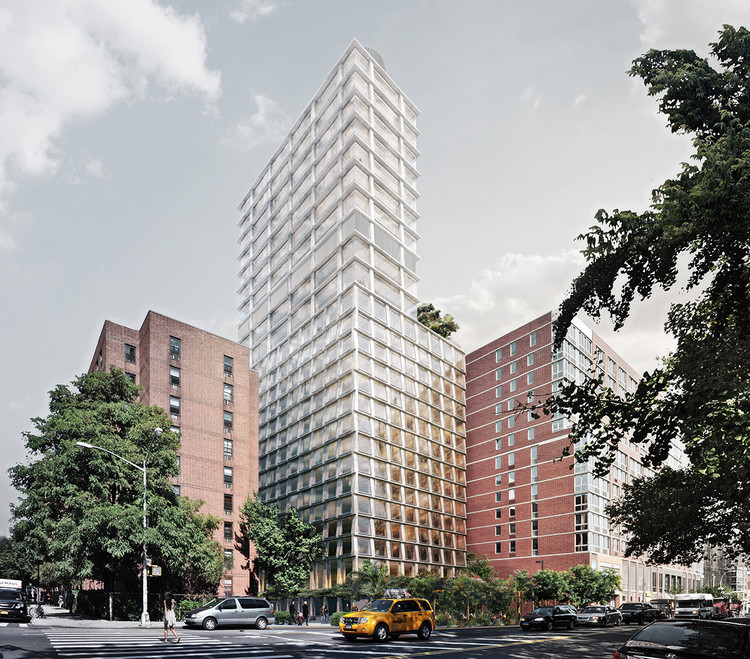 The first hotel of developer Ian Schrager’s new brand, PUBLIC, the project aims to be an example of a rethinking of hotel programming and function, along with the “democratization of luxury.” It includes a distinctive social lobby space, an outdoor garden designed by Madison Cox, as well as a modular multimedia area that hosts exhibitions, film screenings, performances, and launches. The rooftop terrace accompanies a nightclub and restaurant, capturing views of the surrounding Manhattan cityscape.

With the core construction complete and structure in place, the hotel’s finishing touches are being added, such as the installation of the floor-to-ceiling window bays that dominate the façade and painting of the parking spaces on the ground floor.

The opening of Schrager’s PUBLIC is scheduled for June.

Renderings have been revealed for Herzog and de Meuron's new luxury loft residences in Miami, designed in collaboration with local developer Robert Wennett. In contrast to the firm's acclaimed parking garage located nearby, which capitalized on Miami's surrounding views, 1111 Lincoln Residences will be a far more inwardly-focused endeavor, with the 2,115-square-foot lofts opening onto a series of rooftop courtyards. 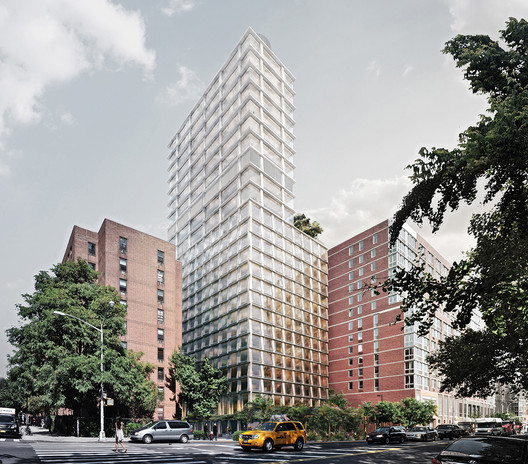