Cities have a wealth of experiences, landmarks and sights to offer the eager traveller, who despite their ambitions, may begin to feel overwhelmed under the weight of culture and geography that saturates their travels. It is easy to get lost not only during pilgrimages to iconic locations, but also in the number of places to go and things to see, guided on overpriced tours and by consumerist maps. But worry not, for a new Kickstarter campaign has been launched for the Architectour Guide – a hardcover curated compendium of key spots that’s got you covered during your next urban crawl.

“The guide is made for the urban explorer, an individual who loves discovering cities in a different way,” explains Virginia Duran, the London-based architect and urban planner responsible for the campaign. “Architectour Guide collects the best spaces of a city inspiring travelers to craft their trips in a unique way, making it easier for us to visit, understand and photograph each of these places. As a consequence, we travelers will be helping to keep buildings alive.” 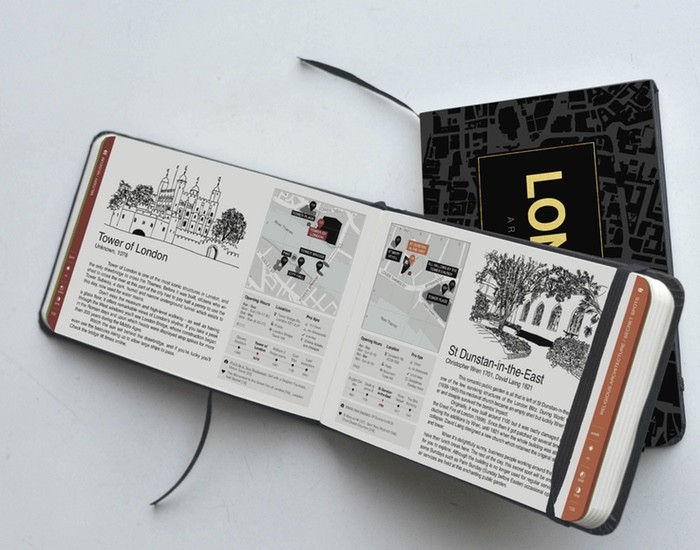 Created for various cities across the world, each guide will highlight over 300 places to explore, 200 ideal sketching spots, as well as more than 700 hidden gems and stories to uncover. A large foldable map is included for guidance to these locations, as well as tips to visit relatively inaccessible places and to avoid paying unnecessarily. Suggested themes such as “Happy Rainy Days” and “Drink with a view” may also lead you on your next self-guided adventure.

Another noteworthy element of the book is its lack of photographs, which “spoil our first impressions” according to Duran. Instead, each location is accompanied by its own personal hand-drawn sketch, so as to not take away from the experience of visiting a site for the first time. Descriptions are also limited to 3 essential facts. This exhibits Architectour’s intention to create a unique and more personal experience for its users, that focuses on immersive traveling.

The project initially started as a personal initiative for Duran, who created her first guide of Chicago in 2012 to catalog her stories and experiences. The digital guide gained traction, resulting in 100,000 downloads as of January last year, which prompted a further exploration of the project’s scope. The guide will be printed on high quality, recycled, and bleed resistant A5 paper, after which it will be hand bound in a hard cover with an elastic strap.

With a goal of €15,000, the campaign’s first three guides will cover London, New York, and Paris, to be shipped out later this year. All proceeds will currently go towards the printing and publication of these. A guide to Istanbul’s architecture and key locations will be made possible if the Kickstarter reaches €50,000.

To fund your next great urban discoveries, visit the campaign here.

Sydney is the latest city spotlighted by city map publisher Blue Crow Media, with the release of their fourth map of Brutalist architecture. Produced... 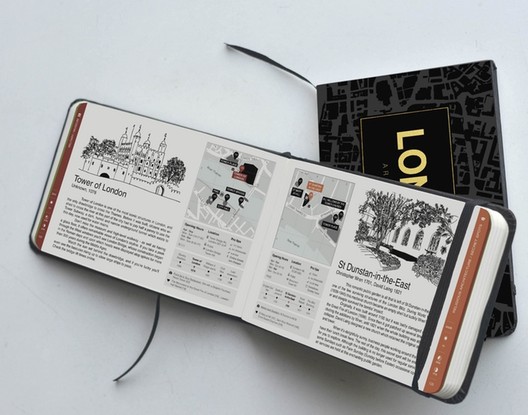