When placed in a historic landscape, contemporary architecture requires a layered approach. It must often strike a respectful, vernacular tone, whilst embracing the innovative, functional hallmarks of a modern building. This balance has particular relevance at Suomenlinna Sea Fortress, located off the coast of Helsinki, Finland. Throughout its 300-year history, it was once occupied by the armies of Sweden, Russia and Finland – a rich history attracting UNESCO World Heritage status, and almost one million annual visitors. The site is more than a museum, however, but a living district of Helsinki with 800 inhabitants and 500 jobs.

Against the prerequisites of past and present, Heikkinen & Kangasaho Architects have combined sharp, functional modernity with respectful, restrained simplicity in a new housing scheme to sit amongst Suomenlinna’s historic fortifications. 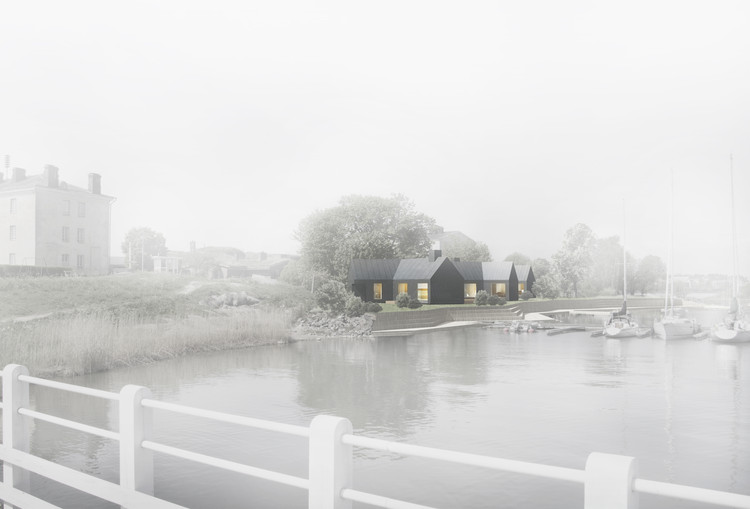 Heikkinen & Kangasaho’s proposal was chosen above 157 others in an international competition calling for a new housing scheme at Suomenlinna. The world heritage site is being developed into a museum area, tourist destination, and recreational hub, whilst also functioning as an active, functional neighborhood for Helsinki. The competition brief sought a high quality, modern yet sensitive addition to Suomenlinna’s historic, fortified landscape.

Heikkinen & Kangasaho’s scheme consists of two buildings, each containing three apartments. The buildings strike a simple, restrained character, with pitched roofs and regular fenestration. Meanwhile, the massing is more complex – a sharp, jagged profile with outlook in every direction, echoing the defensive ambiance of its environment. Underneath the charred timber façade, each apartment room is dual aspect, embracing views of both the seaside and Suomenlinna’s historic surroundings. 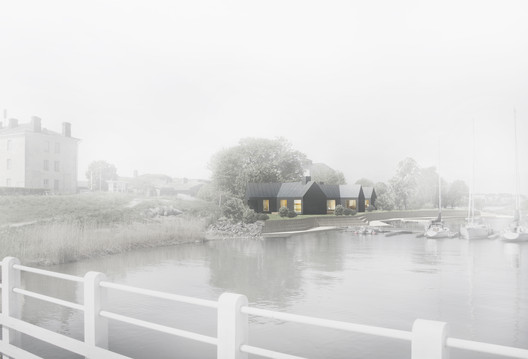