Have you been experiencing motion sickness, depression, sleepiness, and even fear, as you gaze out of your window from the 44th floor? If so, you may be prone to “Sick Building Syndrome” – the informal term for side effects caused by swaying skyscrapers, according to experts at the Universities of Bath and Exeter, who are launching a £7 million ($8.6 million) study into their causes and prevention through testing simulations.

“More and more people are living and working in high-rises and office blocks, but the true impact of vibrations on them is currently very poorly understood,” explained Alex Pavic, Professor of Vibration Engineering at the University of Exeter. “It will for the first time link structural motion, environmental conditions, and human body motion, psychology, and physiology in a fully controllable virtual environment.”

Despite the solidity of their masses, skyscrapers are indeed subject to motion in response to the external forces they experience from their surrounding urban environment, such as construction work and underground trains. With thinner floor slabs and greater column spacing, skyscrapers built from the 1970s onwards aren’t able to dampen vibrations as well as their predecessors, thus amplifying the effects experienced by their occupants.

The study, which is to be conducted by a varied team of engineers, medics, physiologists and psychologists from the two universities, will use built simulators to test motion from tall buildings, offices, stadiums, and concert venues, in addition to vibrations caused by large crowds crossing bridges and leaving stadiums.

Studies have already indicated that slight movements in buildings can register as the aforementioned symptoms, as well as poor concentration and lack of motivation. However, no concrete origins have been discovered yet, though scientists do believe humans have evolved in their perception of subtle vibrations.

Just like sea sickness, our propensity to motion-induced discomfort is situation and environment dependent. For example, people at a concert in a grandstand will accept a completely different level of vibration than those in a hospital operating theatre, said Head of Civil Engineering at Bath, Dr. Antony Darby.

The new simulation facilities will be funded by the Universities of Bath and Exeter, as well as the Engineering and Physical Sciences Research Council. The study hopes to shed some light on this curious phenomenon, and could possibly establish new standards for allowable levels of a building’s motion for the health and safety of its occupants.

News via: Council on Tall Buildings and Urban Habitat (CTBUH).

In its annual report, the 2016 Tall Building Year in Review, the Council on Tall Buildings and Urban Habitat (CTBUH) has announced that 2016 saw the completion of a record 128 buildings 200 meters or higher. This number surpasses the previous record of 114 completions set in 2015.

I see it a bit as my mission to document things in Hong Kong which are vanishing, which are disappearing, primarily through urban renewal In this short film from Yitiao Video, photographer Michael Wolf explains the vision behind his momentous photo series, "Architecture of Density," in which he captures the immense scale and incredible intricacies of the city of Hong Kong. 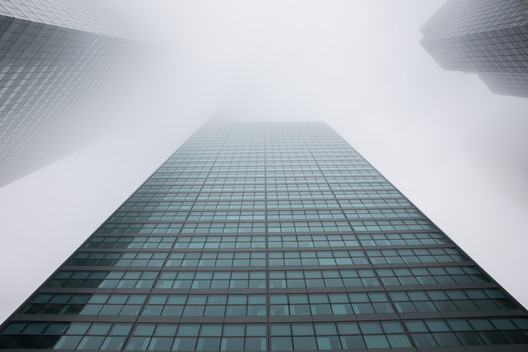