Save
Understanding British Postmodernism (Hint: It’s Not What You Thought)
Share
Or
Copy 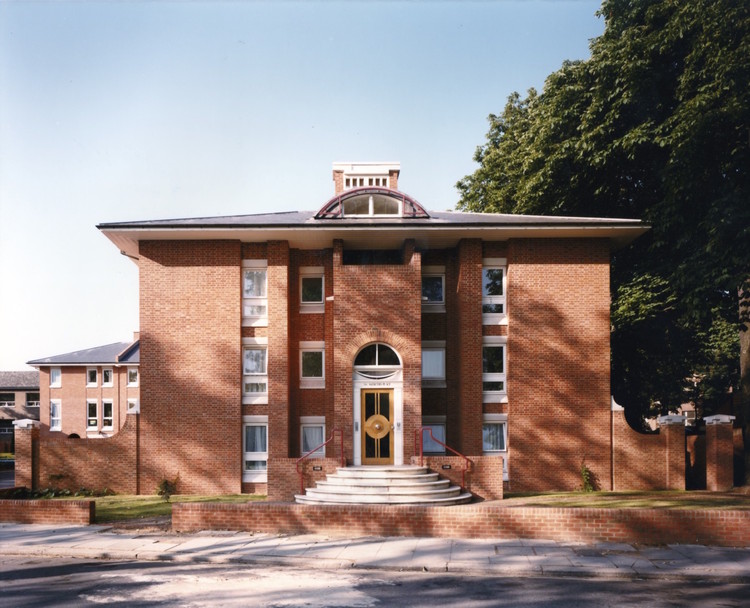 It’s well over thirty-five years since Charles Jencks introduced us to ‘postmodern classicism’. That startling 1980 edition of Architectural Design with Michael Graves’ Portland Building on the cover defined the period, as did the list of names on the back (Jeremy Dixon and James Stirling being the British representatives). It’s common knowledge that Jencks claims to have coined the term, and he indubitably defined the movement. But thirty-five years is a long time and it is possible now to look at the whole story a little differently – and without Jencks in it. He himself will see, I hope, that it is a compliment to imagine that the movement of his own creation has developed a life of its own without him.

Nearly all the British postmodernists I speak to tell me that what that had really motivated them at the time was Edwardian architecture: powerful, rich, sculptural, stylistically ambitious, technically and constructionally accomplished. Take John Melvin, for example. In the 1970s he designed two terraces of brick houses in Islington that sat parallel to the line of the street and had front doors with arched fanlights above them. Someone who worked for the Mercers’ Company—one of the old City of London guilds which had become a major landowner—saw them and was struck by this audacious deviation from the modernist principle of designing a building, often of a largely abstract shape, in the middle of a lawn. As a result Melvin was commissioned to design a block of staff accommodation on Brook Green in Hammersmith – almost directly opposite, as it happens, the beautiful terrace where I had grown up.

These flats were built for teachers at St Paul’s Girls’ School further on down the same street. This building really is something. It was designed by Gerald Horsley, a founding member of the Art Workers’ Guild, in 1904, and is pressed right up against the railings, radiating an elegant power across the street: a little bit, I always thought, like a crouching tiger. It’s built of red brick with stone panels and dressings, and covered with free detailing. Behind the façade there is a large barrel-vaulted roof with ornamental plasterwork, a recurrent Edwardian motif. From this ensemble Melvin derived his own little block; a small lunette roof-light stands in for Horsley’s vault. In fact, on the way to the site from the tube station, Melvin would have passed not only the fine local central library (in Edwardian baroque by Henry T. Hare and the same age exactly as the school) but also a particularly lush fire station of 1913 with a warm wall of red brick, slightly in the manner of the early eighteenth-century but reborn on a city scale for a modern building type.

Then Melvin went back to Islington and built for the Mercers’ Company the stupendous block of red-brick flats in Essex Road for one of the most venerable of all uses: sheltered housing, that is, what were formerly known as ‘almshouses’. He knew what he wanted to avoid—the shapelessness and lack of domestic identity of the 1960s’ flats opposite designed by one of the most admired modernist architectural practices of the era. As a tribute to the memory of the many terraces of old houses demolished in the area in the preceding decade, Melvin designed his block with ornamental front doors, fanlights, chimneys, railings – the things that made a building a home. Exactly as Norman Shaw had done in 1879 in his huge, cliff-like blocks of flats beside the Albert Hall in Kensington: “they have worn so well,” Melvin said. Around the corner he designed a doctors’ surgery in a style that almost directly reflects that of St Paul’s Girls’ School.

As Melvin’s first Hammersmith building was going up, visitors to Cambridge were staring with some disbelief at the new library building affixed to the street side of Newnham College. It took the form of a simple barrel-vaulted rectangular block clad in vibrant stripes of red and blue. It had a dollhouse quality and contrasted (outrageously) with its dreary neighbour that had been recently designed by one of those exceptionally puritanical Cambridge practices many of whose buildings, however lauded by the local architecture school at the time (and I was there), were so thin and mean that they soon leaked, fell down or were demolished. This was Cambridge’s first postmodern building and it is still the best one. The architects were Van Heyningen and Haward and, according to Josh McCosh, one of the practice’s current leaders, the inspiration came from the gentle, pretty and popular, and extremely well constructed, late Victorian buildings by Basil Champneys that still looked fresh and of which two, at least, had their own ornamental, creamy, spreading barrel vaults.

It didn’t take long to find other architects working at the time who could provide similar examples from same period. Richard Reid, whose Epping Forest Civic Offices of 1984-1990 provides one of the most striking and enduring successes of British postmodernism, told me that he had taken his cue from G.F. Bodley’s nearby church tower (of 1905) and from a tough late Victorian water tower further along Epping High Street. He talked to me of the importance of drawing and of John Ruskin, as if he were an Arts and Crafts man himself – as indeed the critic Trevor Garnham was perceptive enough to recognise when he wrote about Reid’s building in the Architects’ Journal at the time.

The thing is, as Piers Gough said to me recently, these Edwardian buildings were extremely good. They represented, he said, “the high point of architectural ability in this country.” And Piers Gough is the ultimate British postmodernist: in fact, he was the only architect I spoke to who described himself as one, and few would disagree. Those architects were enormously inventive – as Gough said, they would vary the fenestration on every floor; they were built well at a time when quality building was valued. Yet you could recognise easily the features on them that spoke to everyone. Garnham’s hero W.R. Lethaby knew that if the ornamentation of a building reaches back in time to distant, symbolic things, everyone will somehow understand it, however complicated it is, and like it the more for it. Which, in fact, is not that far from what Charles Jencks was proposing in his enjoyable book The Iconic Building – except it’s a lot more organised and rather more profound.

But, as it turns out, British postmodernism is not about Charles Jencks, or about Robert Venturi. Nor is it about being the cheap British imitation of what the expensive Americans were doing. Looking back, it was a magnificent Edwardian revival – and a movement that deserves to be recognised as such. 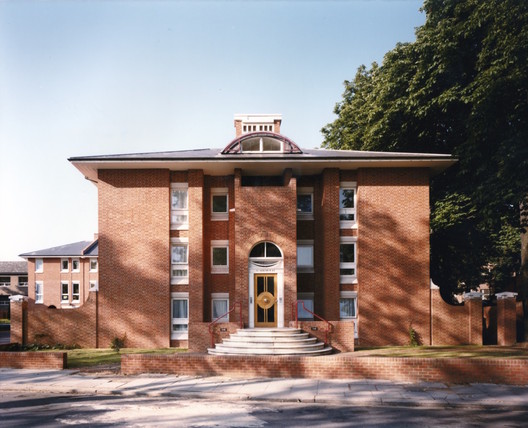