The winning entries to the Kip Island Auditorium competition have been announced by Bee Breeders, which invited proposals for the addition of a new iconic auditorium addition to the Riga International Convention Centre, in Latvia’s capital. The competition asked for alternative approaches to the design of public and civic facilities, while “reinvesting an estranged program in the urban landscape."

Here are the three winners of the Kip Island Auditorium competition: 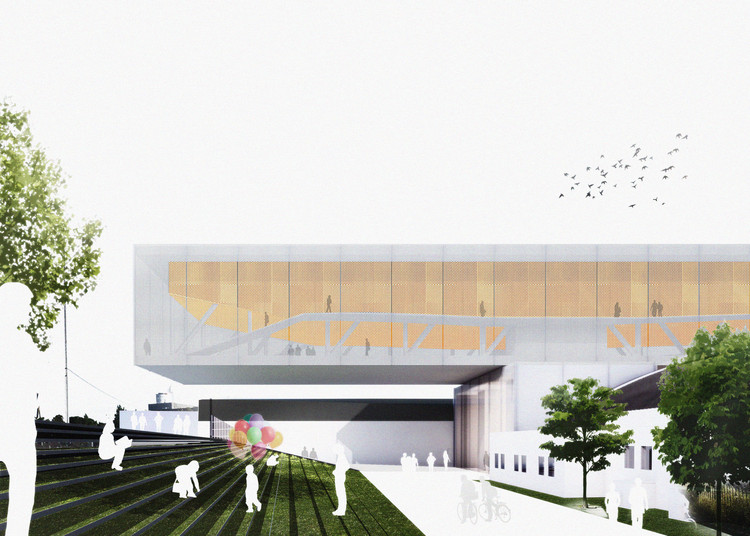 Revolving around a cantilevered theater space that extends over the site, the winning proposal blurs the lines between spectator and performer. Inside, the arrangement of a series of partitions can connect or divide auditorium spaces, creating stages of varying scales that are wrapped in an envelope of double-mesh.

“The iconicity of the auditorium lies in this opposition between object and performance, creating a project in which the archetype of the stage is activated into an entirely new model for spectacle and spectatorship,” explained the jury.

With a serrated public façade that channels visitors into an aggregated triangular massing, this project unifies the existing exhibition center buildings with a linear arrangement of new programs, contained within a large, non-hierarchical space. Tectonically, the addition uses a repeated post and beam wooden module, along with steel cable and polycarbonate infill to allow for indirect solar gain.

This entry was selected by the jury for its “subdued iconicity, evoking the industrial nature of the existing buildings and imposing order on a site characterized by an accumulation of disparate conditions.”

The project was also awarded the BB Student Award, and the BB Green Award.

Focussing on public interaction with the site, this proposal reimagines the solid nature of the typical exhibition center and transforms it into a unifying public plaza, by extending the space to the site perimeter to connect the existing components. Filled with trees, the plaza helps maintain the individual identities of each of the buildings, which serve as both auditoria and a new public promenade.

“The project keenly makes use of section to engage pedestrians in the program of the building by elevating and exposing the underside of each auditorium space,” stated the jury. “The undulating underside becomes a filtered threshold to the public plaza beyond.”

Check out the Honourable Mentions and complete winners’ bios, on the competition website, here. 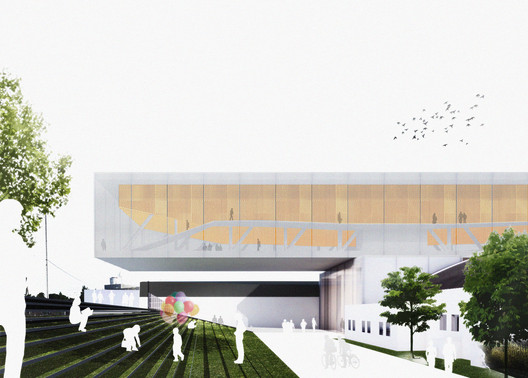