Save
Trends in Architectural Representation: Understanding The Techniques
Share
Or
Copy

Then we consider the architecture of the future. For buildings not yet built, representation is not a luxury, but a necessity to test, communicate and sell an idea. Fortunately, today’s designers have unprecedented means to depict ideas, with an explosion in technology giving us computer-aided drafting, photo-realistic rendering, and virtual reality. Despite these vast strides, however, the tools of representation are a blend of old and new – from techniques which have existed for centuries, to the technology of our century alone. Below, we give five answers to the question of how architecture should be depicted before it is built.

The architectural sketch may be the first tool that every student comes into contact with in school, and possibly the most practical of them all. Fast and expressive, the sketch not only conveys the basic idea of spatial composition but also contains the individual style of the architect. 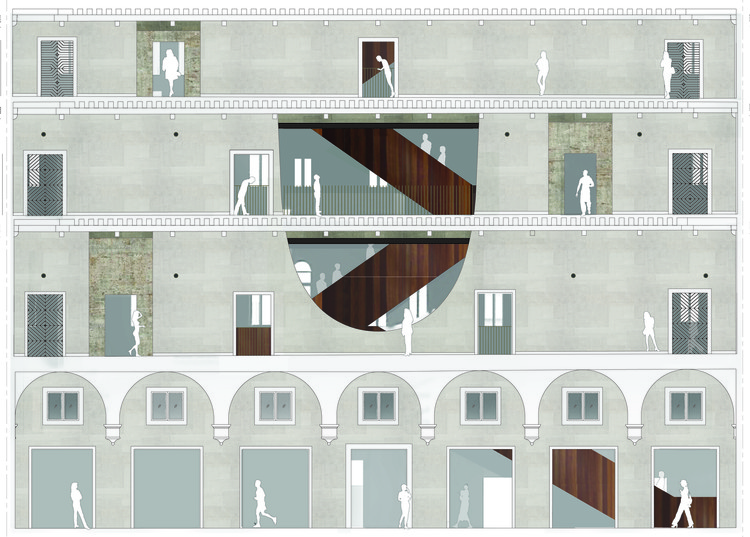 Producing plans, cuttings, facades and axonometric projections is a large part of the process of a project. Its greatest advantage is presenting architecture in specific proportions. For example, a single-room plan - despite showing the space in a way that is not intelligible to most people - is the most accurate way to define its spatial dimensions in the Cartesian plan.

As representations that escape the two-dimensionality of the sheet of paper, models offer the possibility of observing, in general, the volumetric composition of the project from various points of view. In addition, because it is subject to the same laws of physics to which the constructed work will be subject, the models can serve as an important tool for the structural understanding and conceptualization of the work.

Renders (or 3D visualizations) are two-dimensional compositions usually conceived from three-dimensional digital models and often in a realistic style. This makes it possible to estimate the future of the work constructed within its context. By offering us the possibility of manipulating the image, this tool is not only used to create realistic environments but also for fantastic and impossibly grand scenarios.

Virtual reality is the only tool that lets us be fully immersed in architecture that hasn’t been built yet. Based on three-dimensional digital models and with devices like the Oculus Rift, virtual reality allows the observer to "enter" into space. The wandering eye is no longer limited to physical space, it is part of a whole new architecture, immaterial, intangible, but visible. "Seeing is believing," as the Oculus Rift manufacturers themselves announce, offering a way to virtually bring the observer into a work of architecture that doesn’t (yet) exist.

Virtual Reality: Coming to an Architecture Office Near You

Virtual Reality . It's an old term, even an old technology, but it carries new weight - and it's coming to architecture, soon. Its prevalence will be a result of its near universal accessibility; the experience can now be powered by the modern cell phone.

Sketchfab, the browser-based platform for sharing and viewing 3D models, has announced a new feature on their software that turns any of their models into a virtual reality experience when viewed on a smartphone and combined with a simple headset like Google Cardboard.

VR Architecture: Why the Next Design Frontier Will Be in Virtual Spaces

The new digital state of mind has affected almost every industry as we know it, from music to health. Meanwhile, architecture remains unaltered, trapped in its physical container. In our opinion Virtual Reality has come to stay, and it will transform the way we relate to spaces forever.

5 Reasons to Add Virtual Reality to Your Workflow

Virtual Reality (VR) is about to change architecture forever, meaning that every firm needs to decide how it's going to respond to those changes. That may sound like hyperbole, but 3D imaging and the benefits computers brought to the field pale in comparison to what VR brings. 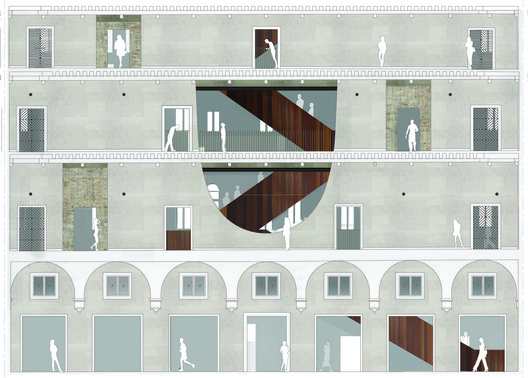