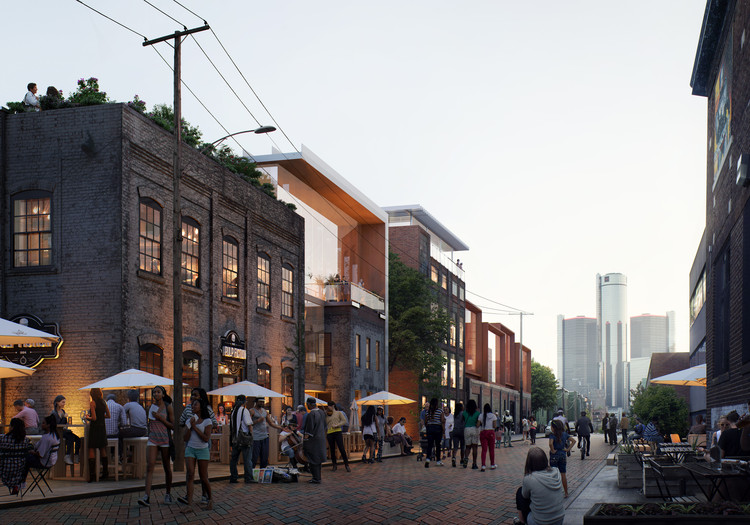 The framework plan sets out a vision of a ‘riverfront for all’, using inclusive, accessible principles to effect positive urban and economic change. A significant portion of land along the Detroit River will remain free from development, and will instead be dedicated to parks and open green space for the public. Former private developments will also be transformed into public parks, creating almost eight acres of open public space across the East Riverfront.

In order to enhance community access to the East Riverfront, existing arterial roads will be upgraded to greenways, with improved lighting, paving, and landscaping. In particular, Jefferson Avenue will be redesigned to accommodate pedestrians and cyclists, enhancing links between the riverfront and neighborhoods to the north. Along the riverfront, the City of Detroit will upgrade the historic Stone Soap Building, transforming it into a mixed-use development to increase density and activity in the area.

The riverfront belongs to all Detroiters. Thanks to the involvement of hundreds of residents, we have principles that frame an international riverfront that can be accessed and enjoyed by all – Maurice D. Cox, Director, City of Detroit Planning & Development Department.

Development works across the riverfront will begin throughout 2017.

News via: City of Detroit. 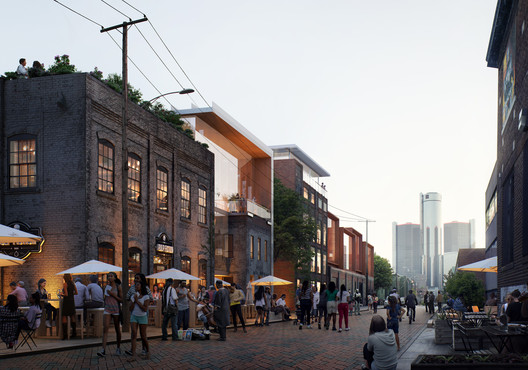