Save
Does it Pay to Invest in Good Architecture? The Case of 'The Iceberg' in Aarhus, Denmark
Share
Or
Copy

It is often said that architecture only makes projects more expensive. That architects only add a series of arbitrary and capricious complexities that could be avoided in order to lower their costs, and that the project could still work exactly the same without them. Is this true in all cases?

Although they are more profitable economically, human beings don't seem to be happy inhabiting cold concrete boxes without receiving sunlight or a breeze everynow and then, or in an unsafe neighborhood where there's no possibility to meet your friends and family outdoors. Quality in architecture is a value that sooner or later will deliver something in return.

Balance is key, and a good design will never be complete if it's not economically efficient. How do we achieve this ideal? We reviewed the design process for 'The Iceberg' in Aarhus, Denmark. A project that managed to convince the authorities and investors when proposing a high-impact and tight-budget design, which in its form seeks to respond to the objective of guaranteeing the quality of life of its users and their neighbors. 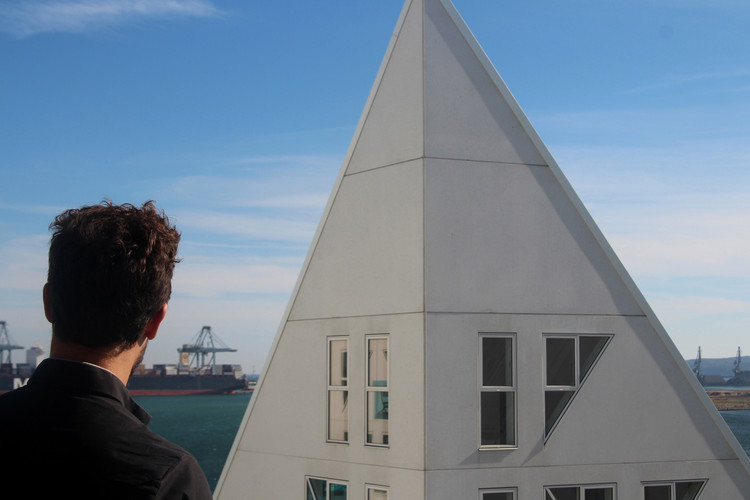 We were invited by The Architecture Project, to visit the city of Aarhus to learn about a series of large-scale developments and projects that are taking care of its rapid population growth. In the last ten years, the city has received 15,000 new residents; a situation that has forced its municipality to expand its housing supply and to promote the construction of new buildings, facilities, and public spaces.

Since 2012, the municipality has developed an ambitious official architectural policy related to the public projects, with the aim of making the city "internationally renowned for its architecture and quality of its urban spaces," in the words of Stephen D. Willacy, City Architect of the City of Aarhus. "The city believes that when planning and architecture are treated holistically, their aesthetic dimensions and livability factors are mutually interdependent and of the highest regard," he adds.

Despite being forced to follow the procurement processes established by the European Union, where price is a very important parameter when choosing City Council related projects (the highest bid for procuring a site with project design, or the lowest price for a building commission), the municipality of Aarhus has adopted a set of tender procedures for public projects characterized by always incorporating competition between proposals from different architecture offices; mostly pre-qualified teams. In some of these cases direct alliances are made between these offices and developers/contractors, and in others, despite selecting only one of the proposals presented, all of them can be incorporated into the final development plan.

"Regardless of the chosen procurement route, design qualities and ambitions for each project are outlined in the competition brief together with other allocation criteria requirement documents. Acclaimed architectural judges including the Chief City Architect are included in the evaluation processes wherever possible and their appraisals are presented to the municipality politicians who make the final decision as to the choice of preferred partner," says Willacy.

With 22,000 meters square and 208 departments, the project developed by CEBRA, JDS, SeARCH and Louis Paillard Architects, presents a relevant design process in the context of the growth of the city of Aarhus, as it exposes a case in which collaboration among all these actors seems to be quite successful.

In this case, the project was built on a publically owned site in the new neighborhood of Aarhus Ø, competing with other proposals submitted by different architecture offices and their associated developers. The difference is that its architects were not content to develop a correct project according to the existing norms, but they dared to defend the best possible project according to all the variables that conditioned it, in order to generate greater benefits for all involved.

'The Iceberg' was originally developed for the Tækker and Brabrand Housing Association through a competition by invitation. Aimed at a diverse group of residents, including students and other low-income groups, it is a project that from its conception questions the rules of the game, in order to carry out the necessary operations to deliver a high-quality result.

Instead of following the masterplan, which was dominated by closed building blocks, the Iceberg is laid out as four L-shaped wings, where the street spaces inbetween open towards the water. In order to obtain optimal daylight conditions and views over the bay, the building volumes are cut up by jagged lines. [1]

2. "Play" with the Regulations

To achieve the density established for the project, the team of architects had to negotiate with the regulations imposed by the local development plan, since it only allowed the construction of buildings with a maximum height of 6 and 7 floors in certain areas. The complex increases the maximum height to 12 floors but making sure that the average height meets the restrictions of the plan.

The desired square meters were in conflict with the specified site height restrictions and the overall intentions of providing ocean views along with good daylight conditions. 'The Iceberg' negotiates this problematic, by remaining far below the maximum heights at points and emerging above the dotted line at other moments. [2]

Since its conception, the project has had 3 clients: Jørn Tækker, PensionDenmark and currently NREP. Following the requirement of the original client, the project takes advantage of its unique form to mix different sizes and types of departments, ranging from simple two-bedroom units to townhouses and exclusive penthouses flats. At the moment, NREP is selling the departments one by one, causing 'The Iceberg' to be owned by a large number of people; its owners and neighbors.

The variety of residences with different balconies, shapes and orientations aim at creating socially diverse urban surroundings that form a lively local community: the building complex becomes a neighbour- hood instead of a mere series of housing blocks. [1]

To achieve all the objectives explained above, the team had to sit down and talk to the authorities involved. The operations proposed, by ensuring a series of concrete benefits for its future residents, convinced the municipality to 'relax' the rules that initially forced a more traditional residential building.

The fact that changing the proposed perimeter block to a bundle of little mountains was an improvement for future inhabitants both in and around our plot made the difference. The second row plot were offered generous views to the bay between the peaks of our jagged scheme. In this way the municipality was convinced that by choosing our design they would secure better housings for the future inhabitants. [1]

Although it may seem like an expensive project and thought exclusively to draw attention, its architects claim that 'The Iceberg' is the result of "a series of pragmatic solutions and was never intended to be an iconic building." However, today the project has become a brand image for Aarhus, and a must-see tourist attraction for people visiting the city. Benefits that are not a direct result of a generous budget.

It wasn’t an extremely expensive project -even though it looks like it. It is based on traditional building techniques and with traditional building elements. Furthermore it was build during the crisis -where the turnkey contractors were 'hungry' for jobs. You could say that the state of the market was an advantage to the project.

Check the project in detail in our previous publication. 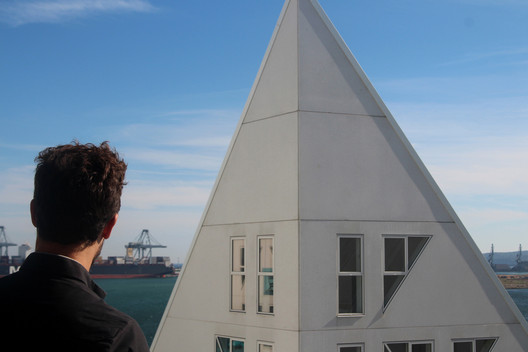