Copenhagen-based firm EFFEKT has won a competition to design a new Streetmekka in Viborg, Denmark, through the repurposing of an abandoned former windmill factory in the city’s industrial sector. The winning proposal, aims to instill a newfound sense of identity and value into one of the many leftover warehouse buildings, in the form of a new cultural center for street art, sport, and culture.

The Viborg Municipality and GAME, a Danish street sports NGO, announced that the competition’s purpose was to enable social and cultural change, specifically through empowerment of local youth. 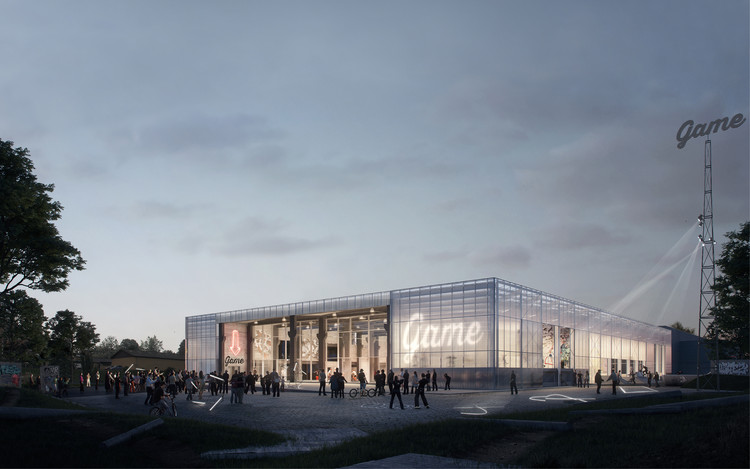 An anti-elitist, pop-culture take on a hybrid between a sports facility and a culture house, that is robust enough to stay open to the public 24 hours a day without supervision and where the users are in charge and take initiative - explained the architects.

With a focus on self-organization and empowerment, the building includes a number of facilities catered to street sports, while workshops, studios, and labs allow for music production.

Social gathering spaces are woven into the various programs, to enable collective cultural interaction and growth. These are also intended to help newcomers partake in spaces they may not have experienced before.

An element of EFFEKT’s design responds to the introverted nature of the typology of industrial buildings, which were typically constructed from prefabricated concrete panels or corrugated steel in the 1960s.

However uninteresting and grey the exterior of these boxes appear, they often contain an impressive interior space of magnificent scale and almost cathedral-like proportions based on a repetitive, neatly arranged structural system. To us this vast space posed the only true value of the building – and we wanted to expose and highlight this to the outside world, said Tue Foged, partner at EFFEKT.

The project’s programmatic organization is based on the notion of an indoor streetscape, by blurring boundaries between the interior space and exterior urban environment, through the translucent envelope continuous activity of street sports, for example.

We simply removed the facades at both ends of the building and positioned the new functions on both sides of the existing structure, leaving the internal production space intact. This clear and emphatic re-organization also equips the building with a completely new exterior and makes it possible to pull in more daylight through the two new glass façades while improving the connection to the exterior space - explained the architects.

Local artists are invited to use the building envelope to project and display their work, adding to cultural hub’s constantly evolving character.

Targeting a broad demographic audience from across a variety of cultural backgrounds, gender, age and interests, our goal was to create an open and welcoming building, lowering the threshold for involvement and engagement. We achieved this by making a transparent building with a clear, well-defined organization perceivable to everyone,” according to Foged. 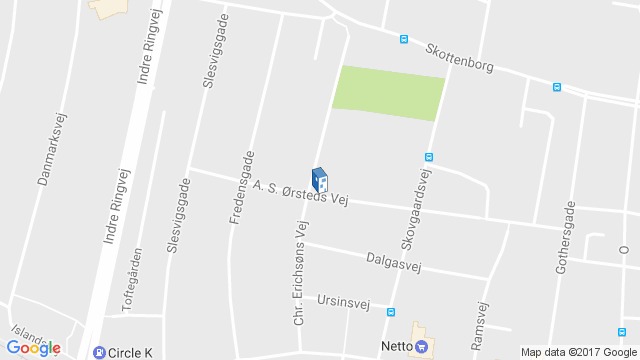 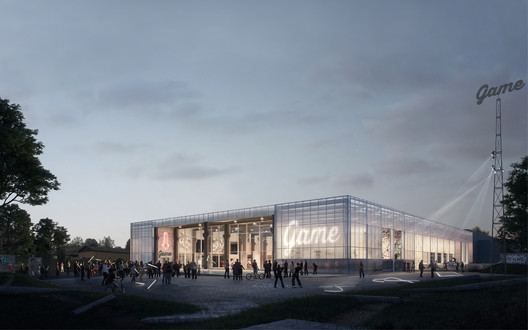