Foster + Partners has been selected as the winners of an international competition to design a new £500 million capital for the state of Andhra Pradesh in southeastern India. The brief calls for a new 365 hectare masterplan that will serve as a new municipal capital for India’s eighth largest state, which lost its previous capital, Hyderabad, when state lines were redrawn two years ago.

The new 740,000 square meter civic core will be located on the southern bank of the Krishna River near the existing cities of Guntur and Vijayawada, and will feature an assembly building, a secretariat,  and offices for departments leaders, as well as ministerial residences and guest houses.

Following the competition win, Foster + Partners will now work with Mumbai architect Hafeez Contractor to finalize plans. The project is expected to be completed by 2022.

The new capital complex will serve as the centerpiece of a ground-up 200 square kilometer settlement to be known as Amaravati, which is expected to take up to 25 years to complete. 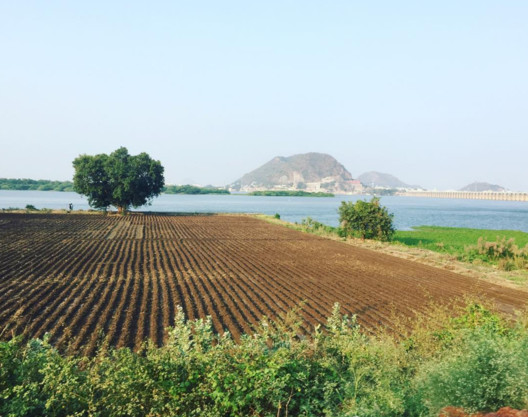