Amaravati: The Latest Architecture and News

Design development of the new governmental complex in Amaravati is ongoing as Norman Foster makes a visit to Andhra Pradesh to oversee the progress and meet with Chief Minister N Chandrababu Naidu and his team.

After being selected as winners of an international competition to design the new capital state of Andhra Pradesh in Southeast India in 2017, Foster + Partners will be designing the central area of the 217-square-kilometer city which includes numerous secretariat buildings, along with two key buildings: Legislature Assembly and High Court Complex. 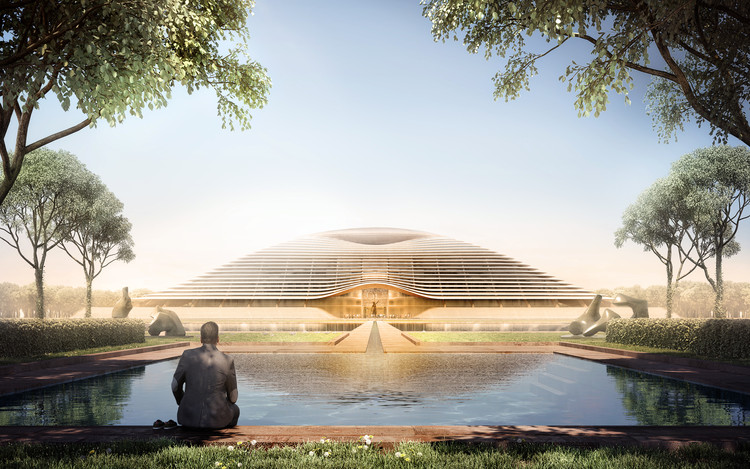 Last week, it was reported that Foster + Partners had been selected to design the capitol complex of Amaravati, a new capital city for the state of Andhra Pradesh in southeastern India. The commission, however, has not come without controversy. As revealed by Indian news company The Wire, the project had earlier been awarded through invited competition to Japanese firm Maki and Associates, who were later removed from the project under uncertain circumstances.

In a letter sent a few weeks ago to India’s Council of Architecture, principal Fumihiko Maki has questioned the motivations of the Andhra Pradesh government committee, alleging unfair practice, lack of transparency and his firm’s ‘fraudulent’ removal from the project.

Foster + Partners has been selected as the winners of an international competition to design a new £500 million capital for the state of Andhra Pradesh in southeastern India. The brief calls for a new 365 hectare masterplan that will serve as a new municipal capital for India’s eighth largest state, which lost its previous capital, Hyderabad, when state lines were redrawn two years ago.