Known for his collaboration on the legendary Maison de Verre, French architect, and interior designer Pierre Chareau is a celebrated artist cited by Richard Rogers, Jean Nouvel, and more as a major influence on their work.

Completed in 1932, Maison de Verre—or “House of Glass”—has become a prime example of modern architecture, despite the fact that not many people have actually seen the hidden treasure, located on Paris’ Left Bank.

Although his work is currently viewed in high regard, Chareau had a tumultuous career, with large variances between his successes and his failures.

Drawing from a Cultured Magazine spotlight article on the designer, we have compiled a list of facts about Chareau’s life and career that showcase the rollercoaster of his success.

Continue reading for the 10 things you didn’t know about Pierre Chareau.

1. Chareau failed his entrance exams at the École des Beaux-Arts in Paris.

2. Because he failed these exams, Chareau took a job at a Paris-based British furniture manufacturer as an apprentice, and eventually became head designer.

3. In the mid-1920s, Chareau opened two shops in Paris, one that sold cushions and hand-throws, and the other that sold furniture and lighting.

4. Years before being commissioned to build the Maison de Verre for Dr. Jean Dalsace, Chareau designed a study and bedroom for him.

6. Chareau also dabbled in theater, designing stage sets for Edmond Fleg’s production of Merchant of Paris at the Comédie Française in 1929.

7. Together with his wife, Dollie, Chareau hosted salons for the celebrated artists, writers, and musicians of his time.

9. After migrating to New York from Paris, Chareau designed the Motherwell House in 1946. Bad press for the project led to a decline in work for the designer, so he made money by giving cooking lessons to wealthy Americans and by selling art from his personal collection.

10. In the 1950s, Chareau sought out a show at MoMA, but was rejected by the museum’s director of architecture, Philip Johnson.

An exhibit on Chareau designed by Diller Scofidio + Renfro will be on display at the Jewish Museum in New York through March 26, 2017.

Find out more about Chareau in the full Cultured Magazine profile, here.

This article was originally published on December 16, 2016. 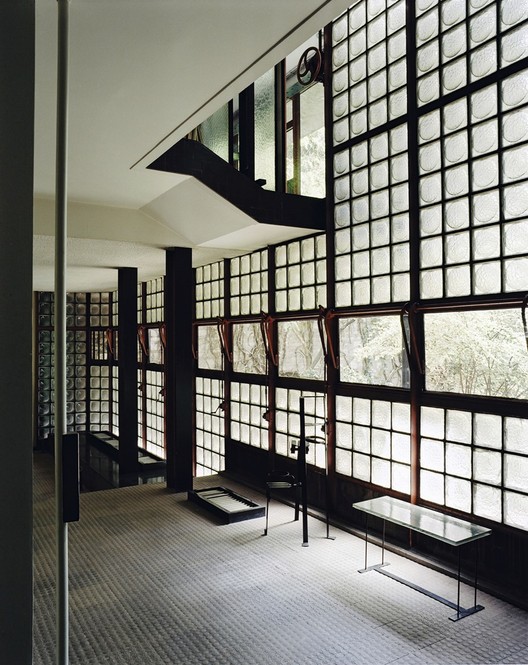