PLANE–SITE visited each of the projects and interviewed the residents, observing and documenting their lives at home in these experimental projects. Their first hand experiences, unscripted and in their own words, complemented each of the architects’ statements and validated their architectural prototypes.

One of Berlin’s most remarkable Baugruppe projects, R50 embodies the essence of participatory planning and collective decision-making. Guided by the architects, residents chose a unifying balcony that connects all the units on the exterior and creates a wrap-around walkway covering the building. Residents also share a rooftop garden and a double-story common space on the ground floor, which has a semi-public program.

Located right on the Spree River and open to the public, Spreefeld was developed as a cooperative by a community of people who wanted to live differently. A celebration of communal living, the complex includes “cluster apartments” that are shared by up to 21 people. These units defy conventions of public and private space by adding gradients between the most intimate spaces and the street. On the ground floor are also “option” rooms that were left somewhat unfinished and open-ended, with the intention that they will change over time based on what residents prefer. 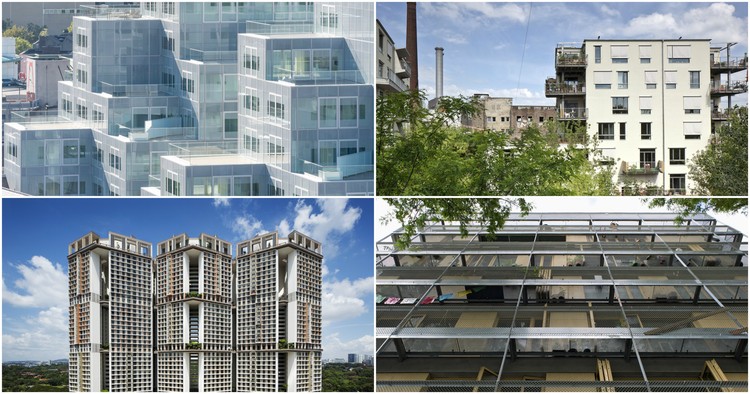 One of the newest buildings to mark the growing Rotterdam skyline, Timmerhuis is an unusual residential project that integrates municipal offices with residences and retail. OMA restored an existing government building and added two mountain-like towers, with generous receding terraces where residents enjoy outdoor space. Despite its glossy finish and detailing, the building houses a diverse demographic, including young families and empty-nesters.

SkyVille is a progressive housing prototype designed by WOHA Architects for the Singaporean national Housing and Development Board (HDB). Sized to accommodate a burgeoning urban population, the building incorporates clever strategies to “domesticate” the large structure by creating smaller, human-scaled communities. Designed to be high-density and high-amenity, the 960 units are laid out in three tower blocks, naturally ventilated by generous interior airwells. Perhaps the most remarkable feature is the rooftop park on the 47th floor, which is accessible to the public for leisure and recreation.

This article was originally published on December 13, 2016. 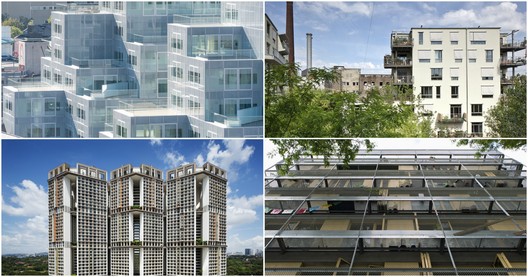