Save
Half A House Builds A Whole Community: Elemental’s Controversial Social Housing
Share
Or
Copy

In Chile, a middle-class family may inhabit a house of around 80 square meters, whereas a low-income family might be lucky enough to inhabit 40 square meters. They can’t afford a large “good” house, and are henceforth often left with smaller homes or building blocks; but why not give them half a “good” house, instead of a finished small house? In the 1970s a professor by the name John F.C. Turner, teaching at a new masters program at MIT called “Urban Settlement Design In Developing Countries”, developed an idea surrounding the concept that people can build for themselves. 99% Invisible has covered a story, produced by Sam Greenspan, on how this idea has evolved, and what it has turned into: Half A House. 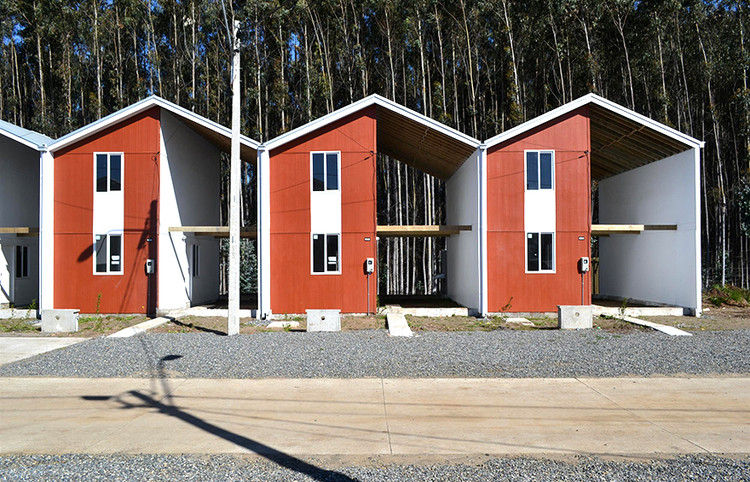 Elemental, led by Alejandro Aravena, evolved this idea when commissioned to draw up a new master plan for Constitución, Chile, after it was hit by an earthquake of magnitude 8.8; the second largest in the world during the last 50 years, killing over 500 people and destroying 80% of the buildings in the city. Elemental had already experimented with unfinished low-income houses in Iquique, Chile, which were to be built at $7,500 per unit, for 100 families. The future inhabitants threatened even the proposal of a housing block with a hunger strike, but building individual houses would simply cost too much. Instead, Elemental provided the residents with just enough to meet the Chilean legal requirements for low-income housing, allowing them to expand the rest.

In Constitución, the plans for Villa Verde, an entire area populated by two-storey half houses, the visual design of the buildings are different, but the concept is the same; half of the houses are identical and the other halves are completely unique. The first floor of the finished half is made up of unfinished concrete floors, and the second is covered in unfinished plywood. There is only one sink in the kitchen, with no other appliances, but the house is cheap, practical and well insulated. Everything that families wouldn’t have an easy time building alone, such as concrete foundations, plumbing, and electricity, has been finished for them. The Chilean government pays for roads, drainage, sewage, garbage collection, busses and any other necessary infrastructure, to focus on building a good community. Residents just have to provide their time, labor and any extra materials.

Residents can take part in building workshops facilitated by Elemental, and every house comes with a manual covering possible ways to expand using standard building materials, avoiding the need for anyone to buy expensive custom resources. The vision is that residents end up with a much more pleasant house than what they could have built completely on their own or received from ordinary state funding. Juan Ignacio Cerda, one of Elemental’s principal architects, said that even if money were not an issue, the firm would build the same homes. Any extra funding would go into improving the surrounding space and uplifting the neighborhood, embodying the firm’s social approach.

Born from the scarcity of resources in Chile, Elemental has produced low-income houses that are won’t be destroyed in an earthquake or flood, and feel safe for the people who live there. Of course, not everyone is so enthusiastic about building their own house, and some are not so satisfied with Elemental’s contractors, but on the whole, the concept seems to be succeeding in using “scarcity as a tool”. This has also been recognized by the architectural community; Alejandro Aravena won the Pritzker Prize in 2016, for epitomizing “the revival of a more socially engaged architect…fighting for a better urban environment for all.” Contrary to what our intuition may tell us, the podcast ends by summarizing that “building half a house might just be the best way to make a community whole.” Oddly enough, this appears to be true.

To listen to the podcast on Half A House, visit 99% Invisible, here. 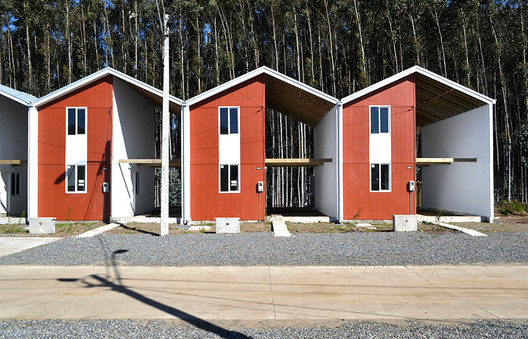