Save
27 Songs With Architectural Shout-Outs

Architecture, like music, inspires us daily. Our sister site ArchDaily Brasil, in partnership with Spotify, created an architecture- and urbanism-themed playlist, with shout-outs to cities, buildings and even architects themselves. In the list you'll find everything from David Bowie singing about Philip Johnson and Richard Rogers, to Laurie Anderson citing Buckminster Fuller and the Beatles fretting over a visit to an apartment.

Listen to the playlist after the break and add songs with architecture shout-outs in the comments.

When Buckminster Fuller came to Canada, he kept asking the same question:
“Have you ever really considered how much your buildings actually weigh?”
The Canadians took this very seriously. (Hey, we never thought of that!)
He showed them pictures of domed cities, cities with no basements, no foundations.
Cities that could be moved in a minute.
Portable cities.
Portable towns.

David Byrne is perhaps most aware of the key roles of architecture and art that "affects the way we see ourselves in the city and how we relate to each other."

dEUS depicts the ego and all the power of architects in this extremely sincere song. It is likely that most architects can identify with at least a portion of these lyrics.

David Bowie - Thru These Architect's Eyes

Bowie needs no introduction and when he sings of great masters such as Philip Johnson and Richard Rogers we like him even more.

One of the Beatles probably visited the home of a fan of minimalist architecture. Apparently, it was not a very comfortable experience.

I once had a girl, or should I say, she once had me
She showed me her room, isn't it good, Norwegian wood?
She asked me to stay and she told me to sit anywhere
So I looked around and I noticed there wasn't a chair

The Decemberists - Here I Dreamt I was an Architect

If you are reading this, you too have probably dreamt at some point of being an architect (if you aren't one already). Here's The Decemberists version of this dream.

And I am nothing of a builder
But here I dreamt I was an architect
And I built this balustrade
To keep you home, to keep you safe
From the outside world
But the angles and the corners
Even though my work is unparalleled
They never seemed to meet
This structure fell about our feet
And we were free to go

The practice of architecture is, at times, one filled with frustration.

Architecture Students are like virgins with an itch they cannot scratch
Never build a building until you're fifty what kind of life is that?

The White Stripes explore some scale problems in this 50-second song.

Brazilians Kamau e Instituto portray the hidden worlds of a city by highlighting the inequalities that exist within.

What do you say about Gnarls Barkley song that quotes Mies van der Rohe?

In this house the decor is obvious obscure.
It's clearly the theory of Less is More.

Underworld - Mmm skyscraper I love you

The great composer Elvis Costello covers heritage and gentrification issues when he sings about the possible hipster destination, Hoover Factory.

Green for go, green for action
From Park Royal to North Acton
Past scrolls and inscriptions like those of the Egyptian age
And one of these days the Hoover factory
Is gonna be all the rage in those fashionable pages

Speaking of gentrification, São Paulo comes to mind. Here Caetano has beautifully portrayed all of the feelings that a city can inspire in people.

Speaking of São Paulo, we could not overlook the wonderful fight described by Tom Zé between two of the biggest icons of Paulista architecture. The words are masterful, indulging in the history and beauty of the two buildings.

The Itália building
was the king of Ipiranga Avenue:
Tall, majestic and handsome,
noone came close to its greatness.
But now the Hilton Hotel building showed up
elegant, modern and charming,
stealing attention with its beauty

Continuing with more Brazilian songs, the atomic maracatu Chico Science and Zombie Nation could not be left out. "The City" is certainly a nice summary of what conforms an urban environment.

The city presents itself
as the center of ambition
To the bums or rich people,
and other types of scammers.
Buses, Cars,
Motorcycles and Metros,
Workers, bosses,
policemen and street vendors

This song by China portrays real estate speculation in Recife, but it could easily fit in many other urban centers.

Life in the city is chaotic and fraught with tension, nourishing, at times, not-so-positive situations and feelings.

I said that life must be somewhere to be found
Oh, instead: concrete jungle
Confusion. Eh!

In an homage to a great architect, Simon & Garfunkel reveal how much they miss the great Frank Lloyd Wright.

The Cinematic Orchestra - To Build a Home

Wright left an invaluable built legacy, and of one of his most iconic houses, Fallingwater, inspired The Cinematic Orchestra.

Such a cozy room,
The windows are illuminated by the evening sunshine through them,
Fiery gems for you, only for you.
Our house is a very, very, very fine house with two cats in the yard

This song is present on the soundtrack of a documentary about the houses designed by Brazilian architect José Zanine Caldas. It is instrumental, but since it's by one of the masters of Brazilian music, it is on the list.

Of course religious architecture has been honored in song.

When Ozzy Osbourne sings about architecture, we turn the music up.

Watching eyes of celluloid
Tell you how to live
Metaphoric motor-replay
Give, give, give!
Laughter kissing love
Is showing me the way
Spiral city architect
I build, you pay

We could not forget this essential shout-out to the great works of architects and engineers. However Guster warns us, sometimes a building can be a trap.

So the architects and the engineers
Build their monuments, make their souvenirs
We are occupants
It's a trap, this town
We are burning up
We are fading out
We are shooting stars

The delightful pop of Owl City harnesses an architectural metaphor to describe falling for someone.

Affection, the gifted architect
Is making a draft and beautiful design
The options and possibilities
Are endless when we connect and re-align
Collections of books and documents
Arise and parade around my cluttered desk
Re-working the math and measurements
Until I'm convinced these plans are picturesque
Like mountains in the Midwest

As a special bonus, we could not miss "The House" by Vinicius de Moraes. After all, a classic is a classic.

It was a very funny house
There was no roof,
there was nothing
Nobody could get into it, no
Because in the house
there was no floor 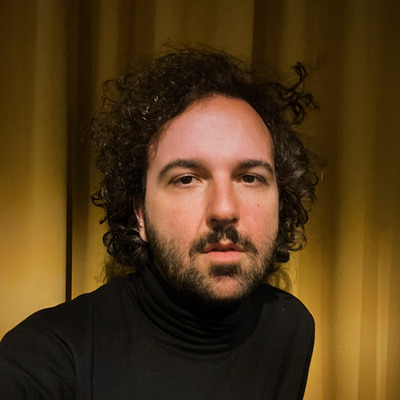