Save
Critical Round-Up: Did Aravena's 2016 Venice Biennale Achieve its Lofty Goals?
Presented by: 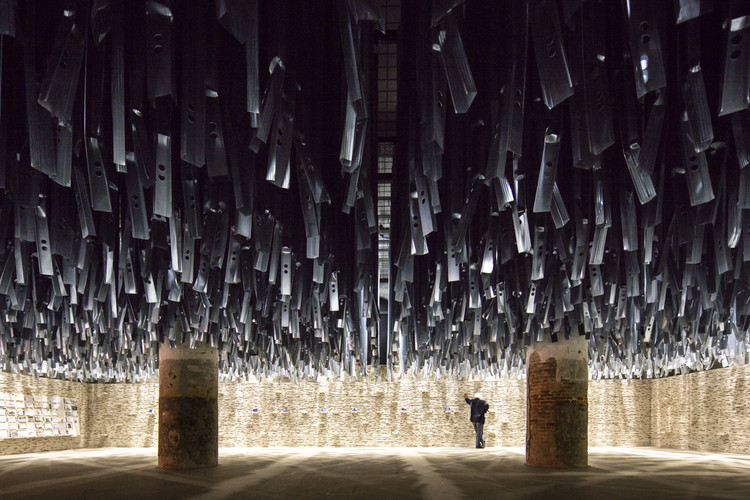 “Alas, the architect remains a distant witness – an interlocutor with conditions – to the urgencies of human living.” – Carson Chan, Frieze Magazine

Carson Chan, reviewing for Frieze Magazine, noted “[that] architecture should be concerned with the conditions of living seems obvious, but some would claim that the concern for social ills, though virtuous and principled, is not one that can be directly attended to by architectural form, at least not with guaranteed results.”

Architects have as much right to comment on social and political problems as any other profession that studies and considers the way we live. What we see in Venice is not amateurism, or perhaps not only amateurism, but too often we find exhibitions positioned at such removed, analytical distances from the issues they seek to examine that any real-world obstacles become almost fantasy scenarios.

Chan explains architecture is “bound to spatialize, reproduce and distribute the inequalities of capital,” an argument that he further develops by quoting Erik Swyngedouw, who said that such architectural projects “require painstaking organization, careful thought, radical imagination, and – above all – the intellectual and political will to inaugurate an equal, solidarity-based and free socio-spatial order that abolishes what exists.”

The problem here is the architecture discipline’s age-old inability to discern between learning from a condition and intervening in it – between its intelligence as an analytic tool, and its separate role as an agent of design.

Perhaps the problem lies in the expectations raised by the Biennale. While Chan questions architects' ability to act in an environment with “political, racial, economic, and ideological realities,” he values their ability to analyse a socially critical situation, and thinks the best exhibitions “made their point by offering singular, coherent experiences.”

“If the biennale offers no more than suggestions, they are nonetheless engaging, enriching and sometimes enlightening.” – Rowan Moore, The Observer

Rowan Moore, of The Observer, agrees with Chan on architects’ dependence on politics when it comes to budget and decision-making:

If [architects] have some influence over large budgets, it is developers or politicians who usually make the real decisions. At best, an architect can be like a jockey on a horse. Often, he or she is more like the groom, who puts nice plaits in its mane and tail.

Although Moore values the idea of “humanitarian architecture,” he questions architects’ intentions to “fulfill their creative whim”:

What, indeed, could be more useful than helping in such situations? Nothing, as long as the architects really are helping. Otherwise they are only taking their self-indulgence to a higher level, at the expense of people least able to afford it.

But Moore also highlights a paradoxical lack of compelling designs:

If “humanitarian architecture” sometimes turns out not to be humanitarian, it is not always architecture either. In the urge to do good, or to be seen to do good, architects can forget their skills of making spaces and buildings that are desirable to inhabit.

Nevertheless, Moore says that “Aravena’s theme is not only applicable to cases of great need, though it tends to be interpreted in that way,” and praises the Biennale’s 15th edition for the “substantially new cast of creative characters” it offers. Indeed, for the Observer critic, “It feels like a new world.”

“It celebrates the ability of architecture to touch the lives of those in greatest need — the poor, the refugees, the dispossessed and the neglected — an affirmation of architecture as a social good and, at its best, it is genuinely thought-provoking.” – Edwin Heathcote, The Financial Times

Like Moore, Edwin Heathcote, reviewing for The Financial Times, balances architects’ social endeavors, by reminding that practitioners also need to show the quality of their design and that the Biennale is the perfect opportunity to mainstream one’s work:

The Biennale is the showcase for architectural theory, culture and practice, a space for architecture to talk to itself and see if it is capable of communicating with a broader public. It is a place wracked by tensions — between a desire to be socially engaged and useful and a profound urge to show off.

Mostly, Heathcote points out the gaps between the global north and the global south, by explaining how the north plays a patronizing role throughout the exhibition – a disappointing report considering that Aravena is the first architect from the global south to curate the Venice Biennale:

There is also a nagging sensation that architects from the global north have parachuted patronizingly into the global south to “solve problems.” Some more radical practitioners suggested this was a wasted opportunity — a chance for the global south to project a radical agenda for architecture before the status quo is restored next time around. Others were concerned that bottom-up activism was a substitute for architectural intelligence and theory.

“Upon reflection, my 'take-away' from the usual sea of projects and people was this: The importance of the idea that architects have the power to use their knowledge and skills to do something good” – Aaron Betsky, Architect Magazine

For Architect Magazine’s critic Aaron Bestky, who covered the Biennale in two articles, “the great advantage of this Biennale was that it turned the spotlight both on users who we usually don’t see (not just clients for private homes, museums, or office towers) and on those architects working with them.”

Bestky argues that the use of countless screens and distracting information undermines the exhibition’s overall argument. Instead of producing cheap powerpoint presentations and postcard photographs, practitioners could use better and more informative displays. Yet, he also questions the aesthetics of social architecture:

What they do not provide, on the whole, are forms, images, or spatial sequences that excite or delight. Too often, the exhibition reminds us that such pleasure in place is still something we seem to only be able to construct for the wealthy. There has to be a way in which reinvention and the opening of social possibilities partakes of beauty.

But most important to Betsky is the predominant focus on design tools available – despite the scarcity of means in certain built environments:

I can tell you this: The best part of this year’s Biennale is its emphasis on what is not new. Rather than showcasing novel buildings or advanced design techniques, it brings to the forefront what I think is the most important mandate that faces all of us in the field of architecture, namely, what to do with what we already have: How to reuse, rethink, and remake our existing structures, cities, and materials to make them more available and beautiful for all.