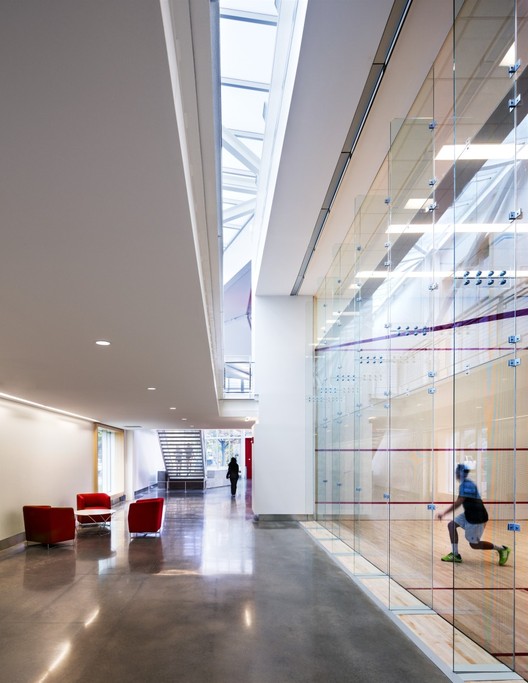 Text description provided by the architects. This recently completed addition grew out of the desire to make a building of creative opposites. The addition is designed to in many ways be the antithesis of the existing Kline Center.

This idea of designing the addition in contrast to the existing building led the (then) president Bill Durden to remark on at an early meeting, “I get it, you are renovating, reimagining, revitalizing and rethinking the Kline Center. It should be called the Re_Kline.” The name stuck and we had a metaphoric talisman to guide our process. Its design strategy can be quickly summarized as a form of complementary contrasts.

This building is located on the edge of Dickinson College’s historic campus. Charted in 1783, Dickinson College was the first college in the newly formed United States. The first building on campus, Old West, was designed by Benjamin Latrobe in 1805, the architect of the United States Capital building. It’s restrained detailing in limestone reflected the austere and simple esthetic of the founders, Benjamin Rush and John Dickinson’s vision for the campus.

This building is an addition to a 1980’s athletic complex designed by engineer Daniel Tully, which was constructed using a novel structural system of hyperbolic parabololoid roof shells. The new addition takes that structural system and turns it on its head as a design theme. If the original building was constructed using wooden glue-lam beams the new building is made of exposed steel. If the old building lacks connection to light the new building is filled with natural daylight. If the old building’s structure forms an undulating profile on the skyline the new building creates a quieter presence while referencing the existing building’s roof geometry in the structural steel which supports the facades aluminum sunshade. The pallet of materials for the new building picks up the grey coloration of the campus stone with its enclosure and integrated sunshade system detailed in anodized aluminum.

The addition is made up of a number of distinct constituent parts; a large outdoor covered piazza, a triangulated lobby and connecting sky lit concourse, wood clad office and café volume, a glass enclosed fitness center, a five court squash center and a south facing covered porch. The building was designed as the first part of a master plan. Consequently the residual spaces between the new addition and the original complex are sized to accommodate future growth. In their current state these spaces are designed as a series of garden courts for various athletic activities, such as tai chi, yoga, basketball and impromptu teaching.

Urbanistically the building fulfils a number of important roles within the campus proper. The outdoor covered piazza marks the western terminus of Dickinson Walk which forms the main pedestrian pathway though campus. The pathway continues inside through the lobby and along a two story concourse, which will in future phase eventually link all the athletic programs. At the southern end of the building, a covered porch stretches toward West High Street, one of the main thoroughfares of Carlisle, announcing athletics to the town and campus. At night the building becomes a luminous beacon at this end of the campus, opening up previously tucked away spaces to students and faculty.

Dickinson College has a very strong commitment to sustainability in its curriculum, facilities, operations, culture and civic engagements. The new Kline Center Addition takes this sustainable approach holistically with a number of integrated design features. Some of these elements are visible and meant to contribute to the pedagogical strategy of sustainability. As a teaching tool, building’s environment can be manually tuned in the temperate seasons by admitting fresh air through low hopper windows and exhausting it by fan through skylight apertures. A second set of fans recirculate warm air in the winter. The sunshade system is designed to admit low level winter sun while deflecting the harsher summer light.   A series of rain water gardens clean and filter street run off before diverting it to a hidden and below-grade water detention system. This system also retains the runoff from the existing building’s tent-like roofscape and remediates a broad area of the campus that was previously prone to flooding. 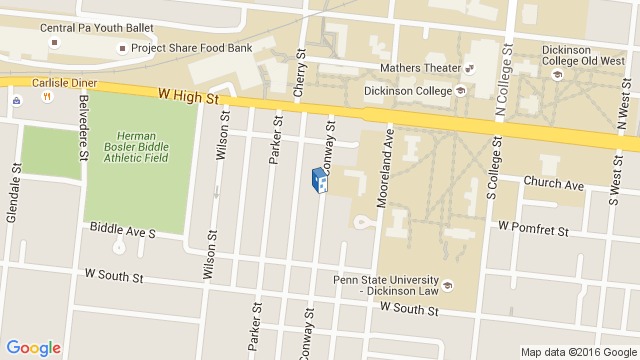 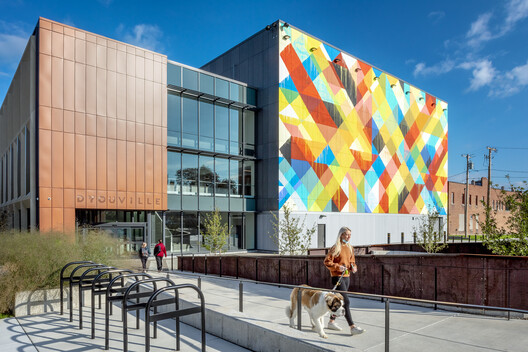