On April 16, a 7.8 earthquake hit the coast of Ecuador, killing nearly 650 people, injuring more than 12,500, and destroying nearly 7,000 buildings across the country.

Ban has expressed his solidarity with Ecuador and plans to visit the affected areas as well as lead a training conference in Quito on May 2nd.

More information on his visit will be released in the coming days.

View some of Shigeru Ban's past disaster relief projects, here. 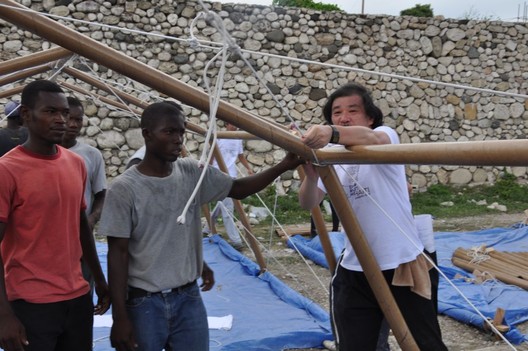