Qatar Museums has announced a shortlist of eight finalists that will move on to the third and final stage of the Art Mill International Design Competition in Doha. On a site extending into the Arabian Sea that was only recently occupied by Qatar Flour Mills, Art Mill will integrate gallery and exhibition space with facilities for education, events, conservation, art handling, and research. Joining the Museum of Islamic Art designed by I.M. Pei, and the still under-construction National Museum of Qatar, designed by Jean Nouvel, in the words of the competition brief, “Art Mill will and extend and intensify the cultural quarter being developed in Doha.”

The competition jury met for two days last month to select the eight finalists from a longlist of 26, which was already reduced from the original pool of 489 submissions from 56 countries.

Stage three of the competition will occur between April - August of this year, with a winner to be announced in the fall. 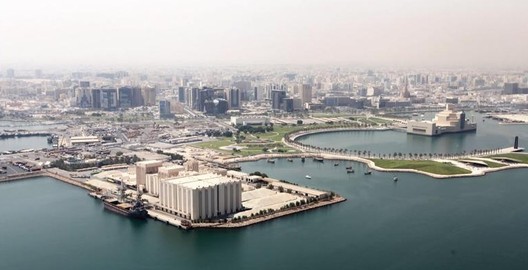